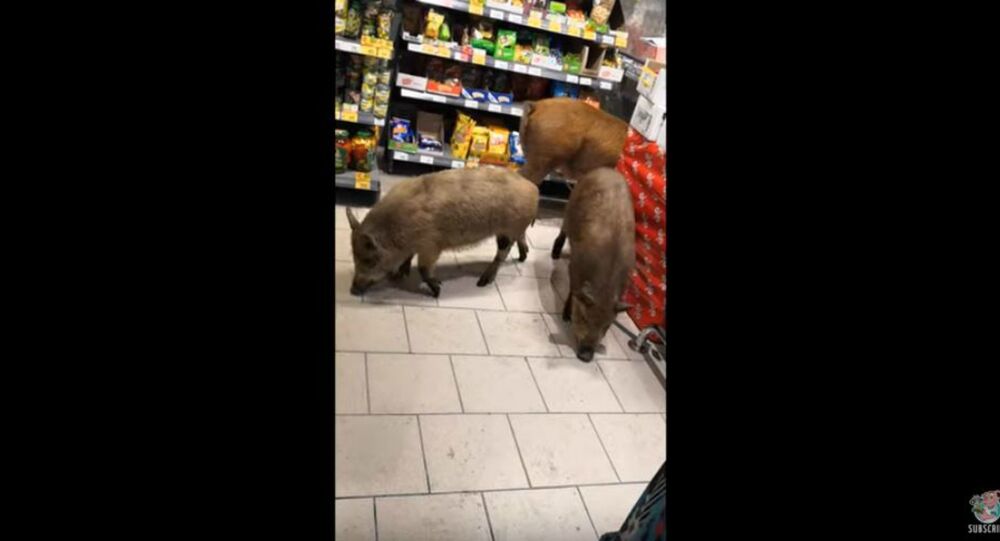 At some point in time, all of us have felt a bit gluttonous while shopping for food. This common feeling seems to have manifested itself quite literally when a group of pigs broke into a supermarket to enjoy some food and libations.

A trio of craving hogs that reportedly got away from their owner were captured on film inside a store in Tyumen, Russia, by shoppers at the scene.

Footage shared by Viral Hog shows the pigs enthusiastically perusing the establishment. The ladies who are filming the scene seem quite amused by the pigs, joking around and saying they obviously belong to someone and are not strays. While numerous people in the store are enjoying the stunning occurrence, a more serious customer is not. The man is heard yelling, “Is this a pigsty, or a store?! Come on, everybody!”

After some enthusiastic inspection of the store, the pigs manage to find and knock over some bottles of cognac, and proceed to drink them.

As the saying goes, they must have gotten drunk as pigs!

Will They Fly Next? Pigs Get Filmed Using Tools for the First Time

‘Breeding Pigs to Gigantic Proportions Is Contrary to Science’ – Expert