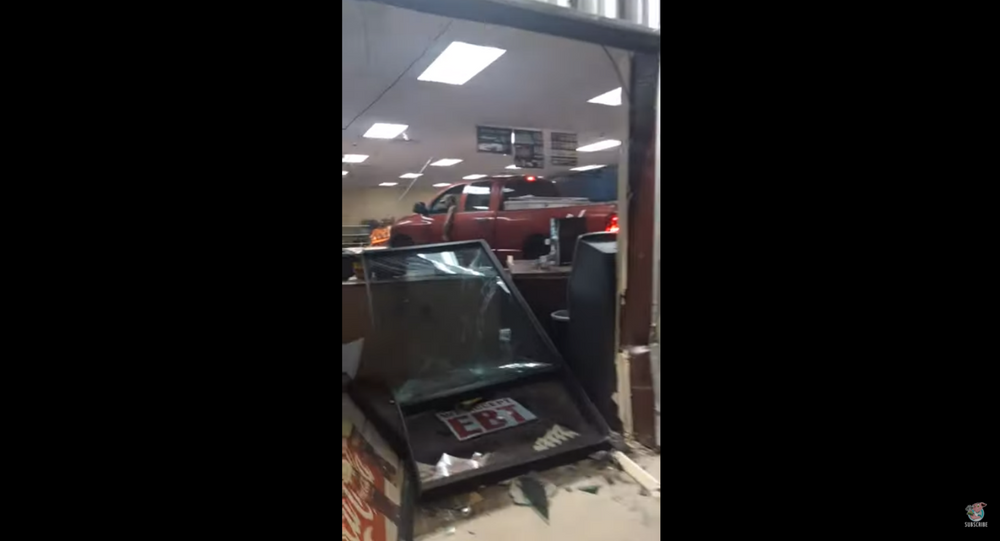 Andrew Gillespie, a 33-year-old man from Toomsboro, Georgia, recently landed in handcuffs after he decided to drive his truck into a Bibb County convenience store and demand that his money be returned to him.

Video of the incident begins with Gillespie revving his truck’s engine and driving the vehicle into the store before beginning to yell out to people who are presumably store employees. “Give me my goddamn money,” he’s heard saying.

“Man you are f**king crazy, dude. The cops are coming. You’re crazy,” the video’s filmer tells Gillespie. “When the cops get here, you’re going to jail, ‘cause you ain’t going nowhere else.”

Local media outlet WGXA reported that Gillespie was apprehended and charged with aggravated assault, two counts of hit and run, one count of criminal damage to property and possession of methamphetamine.

An investigation into the incident is still ongoing, and Gillespie is said to still be in police custody.