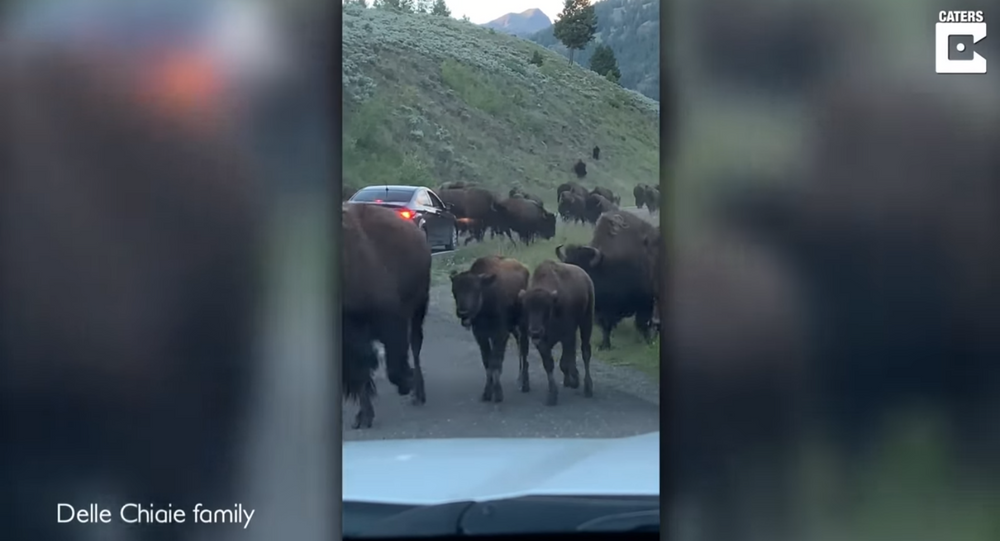 The Delle Chiaie family recently learned about the importance of car insurance the hard way after their rental car was brutally wrecked by a bison during a stampede at Yellowstone National Park.

Video taken by the family and later licensed to Caters Clips shows a bison herd charging through a line of cars at the park's Lamar Valley in Wyoming. Although the family at first seems to be in shock at the sights, they soon come to the realization that their rented vehicle isn’t going to make it out of the stampede without a few bumps and bruises.

“Oh, look at the big one in front of us," a woman can be heard saying off-camera before a large bison charges straight into the car, leaving a dent and terribly cracked windshield. "Oh man, there goes some money," says a man moments later.

Some life lessons are learned the hard way.