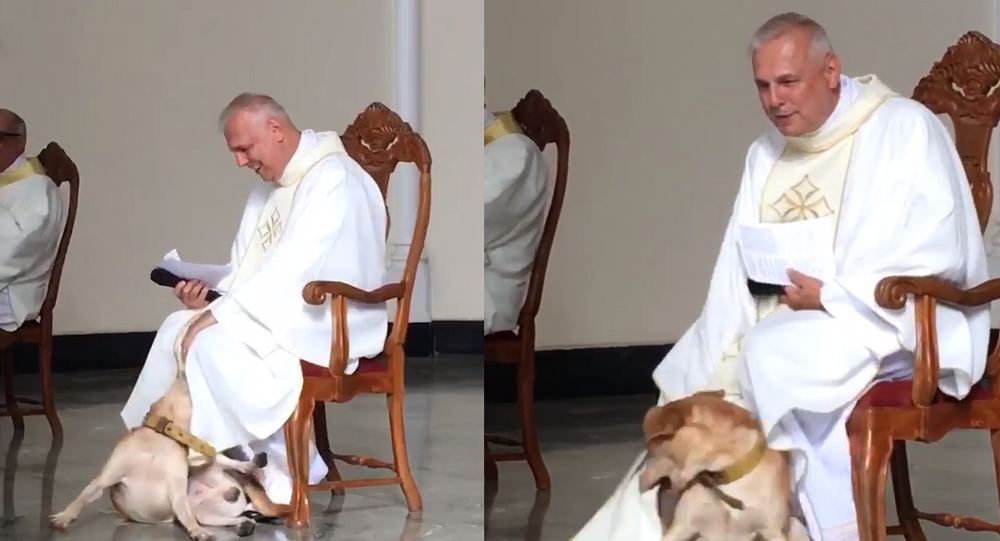 This four-legged worshipper thought it was playtime!

An unlikely guest was in attendance for a mass held at Nossa Senhora das Dores parish in Brazil last month.

After entering the place of worship, the pooch made a beeline for Father José Geraldo Sobreira, who allowed the dog to play with his robe as he continued to lead mass without a flinch, according to Reshareworthy.

One parishioner commenting on the Facebook video said the dog was welcomed by everyone in attendance “because he is also a creation of God. In the house of God we are all his children.”

Matheus Lemos, an employee of the church’s communication office, clarified that the dog actually belonged to a neighboring woman who has Alzheimer’s. After church officials discovered where the dog belonged, he was promptly returned, much to the joy of the woman’s daughter.

What, No Honey? US Family Finds Young Bear Napping in Closet

Down the Hatch: Angler Gives Treat to Largemouth Bass Before Release