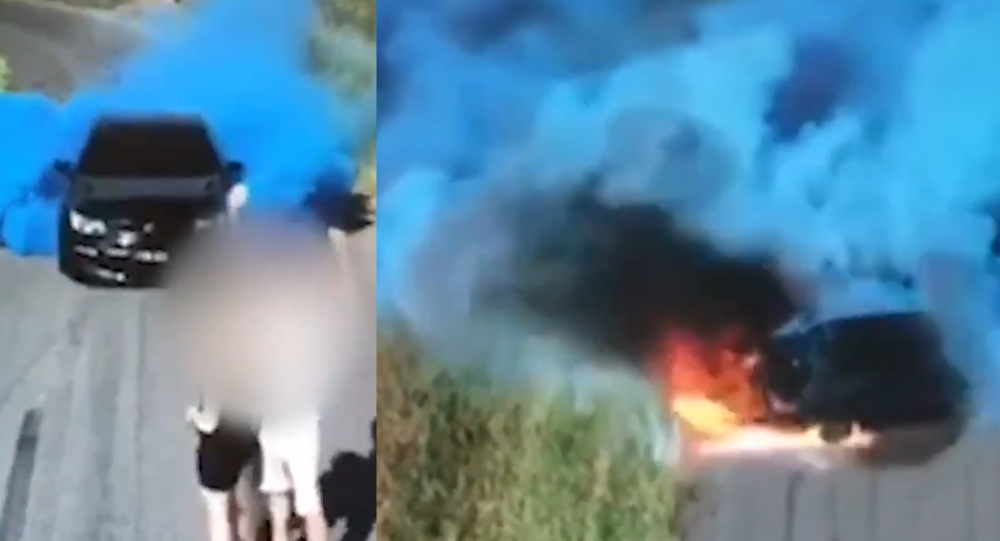 Some added expenses for the parents-to-be!

This is the moment a car bursts into flames in a gender reveal gone wrong on the Gold Coast. pic.twitter.com/eBgGZpgJpt

While some people are happy shooting off confetti cannons or cutting a cake to reveal their child’s sex to the world, one Australian couple on the Gold Coast wanted to go the unconventional route for their friends and family.

Though the 29-year-old Aussie father-to-be appears to have quite the control over his Holden as his friends cheer him on, that all (literally) went up in flames around 45 seconds into the video and approximately 100 meters down the Silverdale, New South Wales, street.

Though the event actually occurred on April 14, 2018, and the driver has since been charged with “dangerous operation of a motor vehicle,” footage of the reveal-gone-wrong was released by Queensland Police on July 9 to warn others of the dangers associated with such a stunt, Aussie news outlet 7News reported Tuesday.

Fire Sale? US Fireworks Store Goes Up in Flames

What, No Honey? US Family Finds Young Bear Napping in Closet