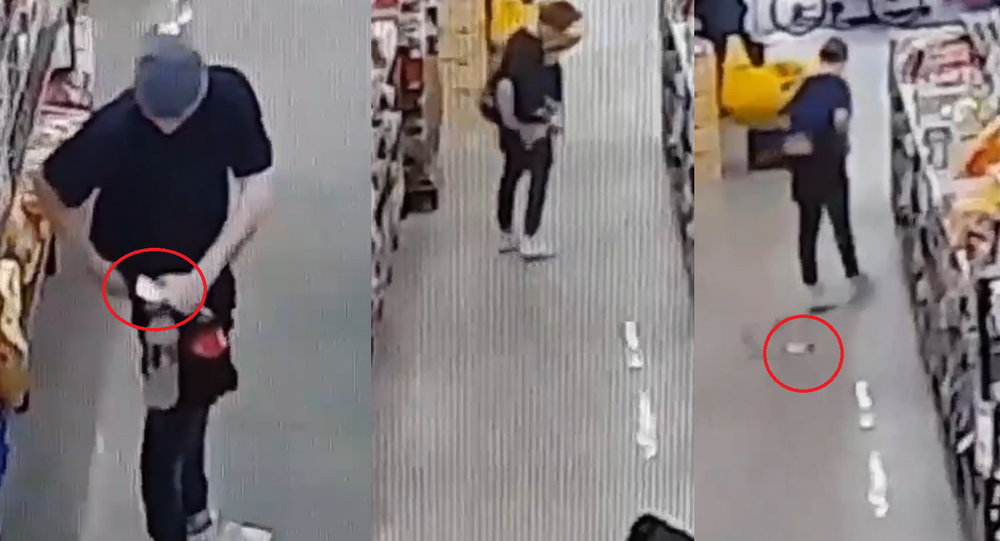 Now his leg is lost in the sauce.

A would-be pasta thief got cold feet after a premade pasta dish burned his thigh during an attempted heist at a Forrest Road Fresh supermarket in Armadale, Western Australia.

The CCTV footage, recorded on June 29, shows the man attempting to play it cool after stuffing the aluminum to-go container down the side of his pants. Before he even gets down the aisle, the meal becomes too hot to handle, and the Aussie amateur thief ultimately ditches the dish.

“Stupidity at its highest form… not only is it going to burn you but will expose you to the public for attempted shoplifting,” Forrest Road Fresh asserted when it first posted the video to Facebook.

Superdad: Father Immediately Dives In to Save Baby

Look at This! Golden Retriever Fixated on Sweet Treats