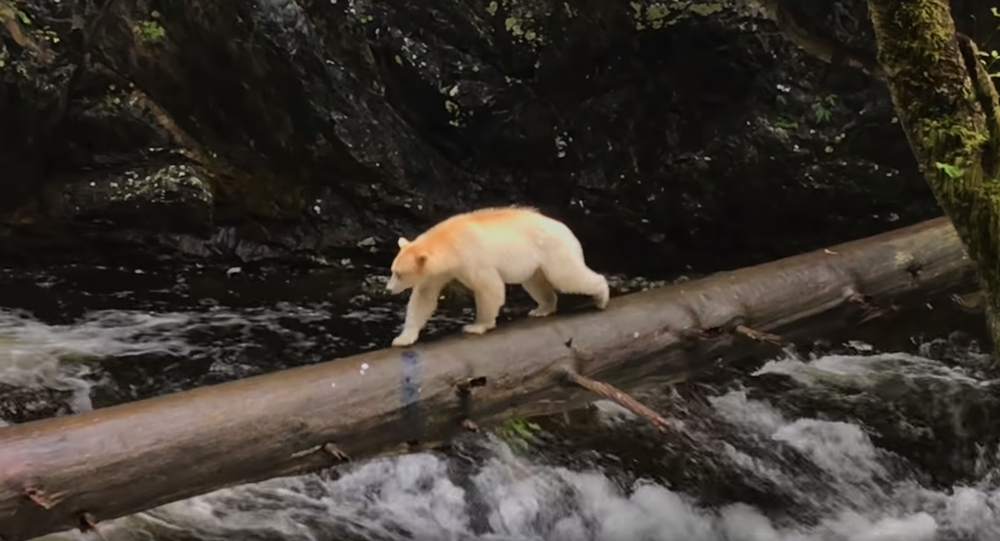 An uncommon encounter months in the making!

After three months of working around the Great Bear Rainforest on the Pacific coast of British Columbia, Canada, a self-described explorer was pleasantly surprised to encounter a very special type of black bear: a Kermode bear, also known as a spirit bear.

Though it may look like a polar bear that was plopped in the middle of the temperate Canadian rainforest at first glance, the white-and-cream-colored creature is actually a subspecies of black bear. The bear receives its uncommon coloring, known as Kermodism, if two of its parents carry the recessive, mutated MC1R gene, according to scientists cited by National Geographic. The same gene mutation produces alabaster skin or red hair in humans.

The man tells Viral Hog that prior to this particular sighting, he had only heard of the rare subspecies of black bear. However, a number of other lucky rainforest visitors were also able to capture a few pictures of various spirit bears and their cubs.

Let Me At ‘Em! Puppy Holds Jack Russell Back From Potential Scuffle

Kingsnake Receives Assistance After Attempting to Devour Itself