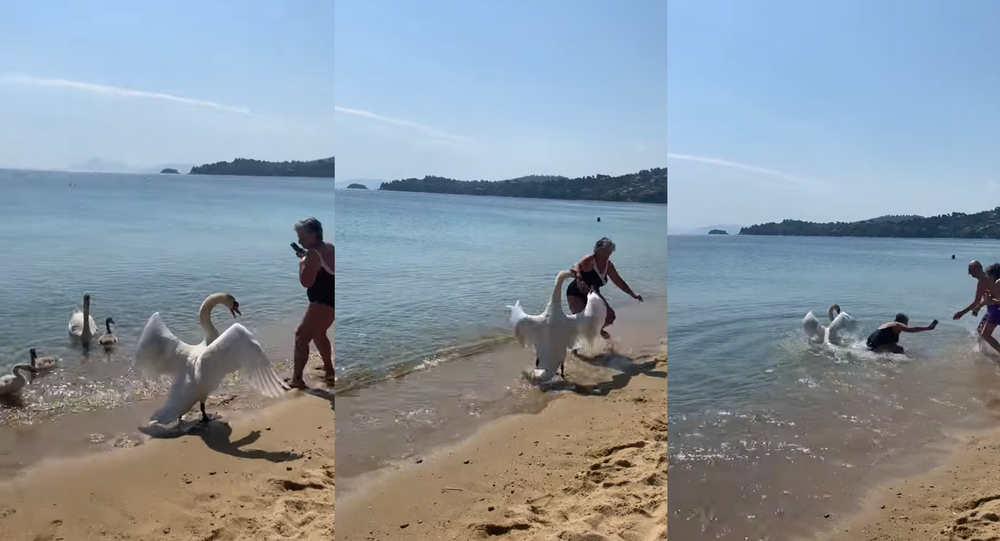 While vacationing on the island of Skiathos in Greece, one elderly tourist’s attempt at snapping a few pics quickly went left and ultimately landed her on her rear end.

After spotting the family of swans on the beach’s shore, a number of vacationers whipped out their phones and began taking photos from a distance, the owner of the footage tells Viral Hog. However, the father swan did not take kindly to one woman who got a little too close for comfort, causing him to go on the defensive.

Even with the swan chasing her down and into the ocean, the woman can be heard only calling for someone to retrieve her phone while she’s lying on her back.