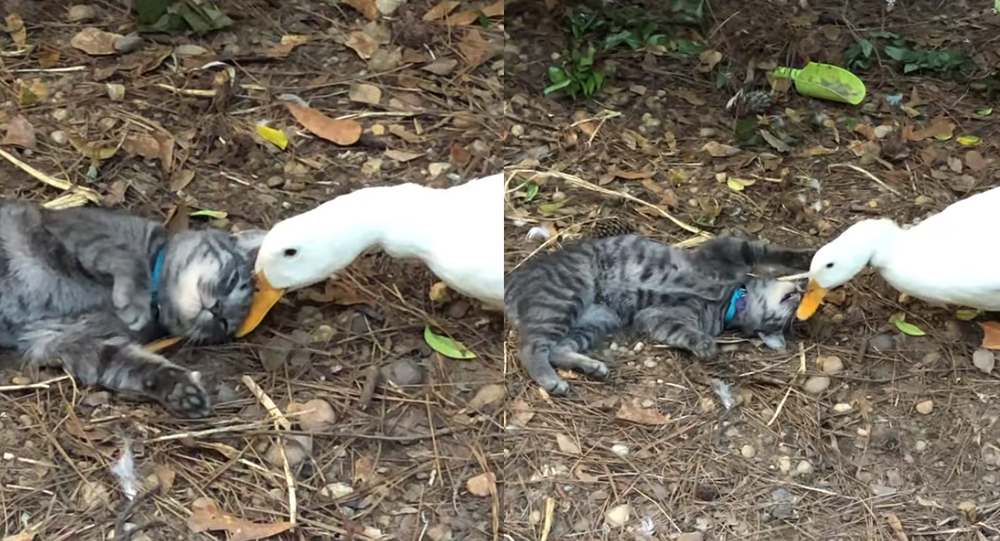 From the struggle to cuddles!

When she was only two weeks old, Kimmy Kitty the cat was found abandoned and malnourished on an exterior apartment stairwell in Atlanta, Georgia. After being rescued from her questionable living situation by an area caretaker, Kimmy Kitty made a quick recovery and received all her shots.

Soon after, Kimmy Kitty began spending time with Butterball the duck, another orphaned animal rescued and raised by the caretaker from his youth. According to their rescuer, the dynamic duo quickly became friends and now play every day.

In a clip uploaded by Viral Hog Tuesday, the two adopted siblings appear mindful of their difference, with Kimmy Kitty making sure to keep her claws in and Butterball showing caution with his beak.