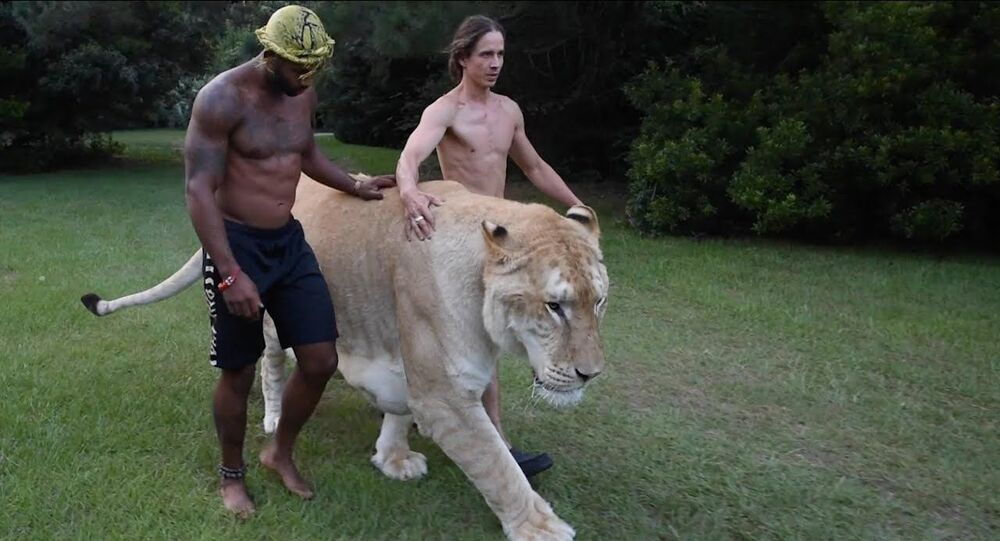 The 319kg beast, named Apollo, was recorded up close in an almost 13-minute-long video, accompanied by two men who spoke about the half-lion, half-tiger as they all went for a casual stroll.

The footage shows the deadly "liger" being guided by the two men - wildlife conservationist Kody Antle and Mike Holston, known on social media as "The Real Tarzann" – through a private complex in Myrtle Beach, South Carolina.

Commenting on what Apollo might eat, Mike says, "I believe it would eat everything in sight, anything in sight," before adding that it can accelerate to 40mph "in a couple of steps" to catch its prey.

He later claims that its tongue is about the same size as his forearm and "his lung is probably as big as my torso."

The video ends with the "liger" winding down in a shallow pool, still accompanied by the incredibly brave men.