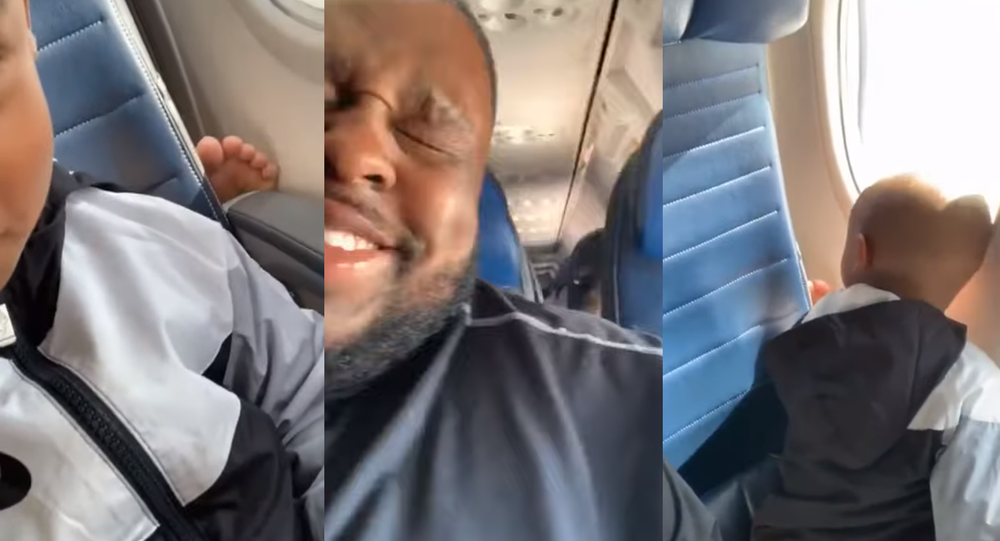 Out of the mouths of babes!

Four-year-old Rodney Small, after settling in for his plane trip to Walt Disney World in Orlando, Florida, noticed there was a strange aroma coming from the corner of his window seat.

Though his father, Darryl, was trying to catch his son's reaction to the plane taking off, Rodney used the camera time to express his disgust about a fellow flyer's funky feet. At one point, the preschooler even turned around and asked why her foot was encroaching on his personal space.

"Sometimes adults hold back with confronting others to keep the peace, but as a child he voiced his concerns, and his facial expressions and reaction made it hilarious. The lady quickly moved her foot and apologized to him, but as a parent I was not offended at all. I found it humorous," Darryl explained to video licenser Storyful.

Tubular Toddler Successfully Takes on Second Wave of His Life