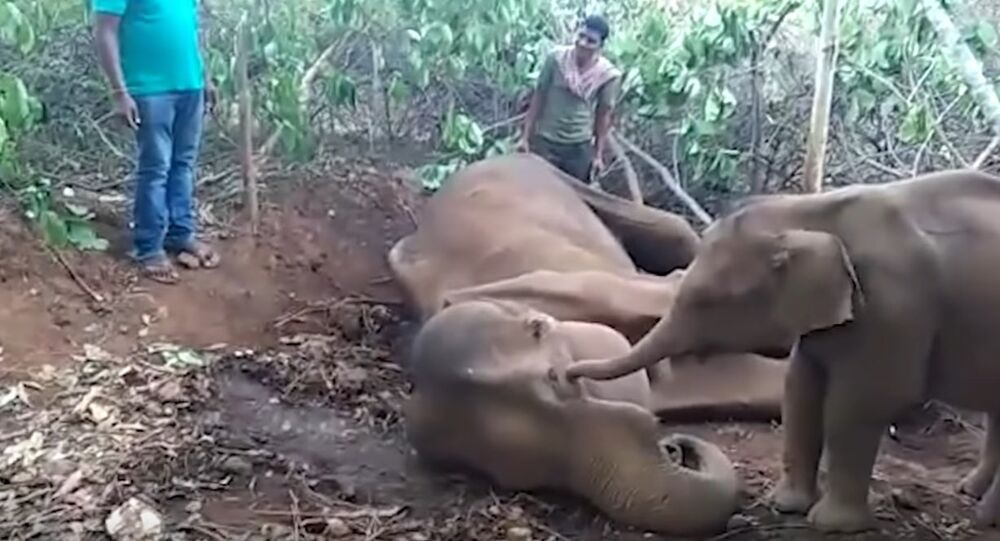 A baby elephant and his injured mother were found by villagers in the eastern Indian state of Odisha. The animals had apparently strayed into the area from the nearby Khalasuni jungle, The Daily Mail says.

A sad moment when a baby elephant tries to wake up its mother was caught on video by a group of people in Hiran village. The mother elephant had injuries on her leg and head, and laid motionless on the ground. Her calf was moving around her, and used its trunk to stroke the mother's head, the video shows.

The villagers informed the forest rangers about the incident and spent a few days near the animals, providing them with water and food. When the veterinary doctors arrived at the scene, the mother elephant was alive, but she was unable to stand up again because of her wounds. The doctors believe that the elephant had broken her leg as she was was straying with her calf in tow.

Unfortunately, the elephant died despite all the attempts made by doctors and villagers to cure her.