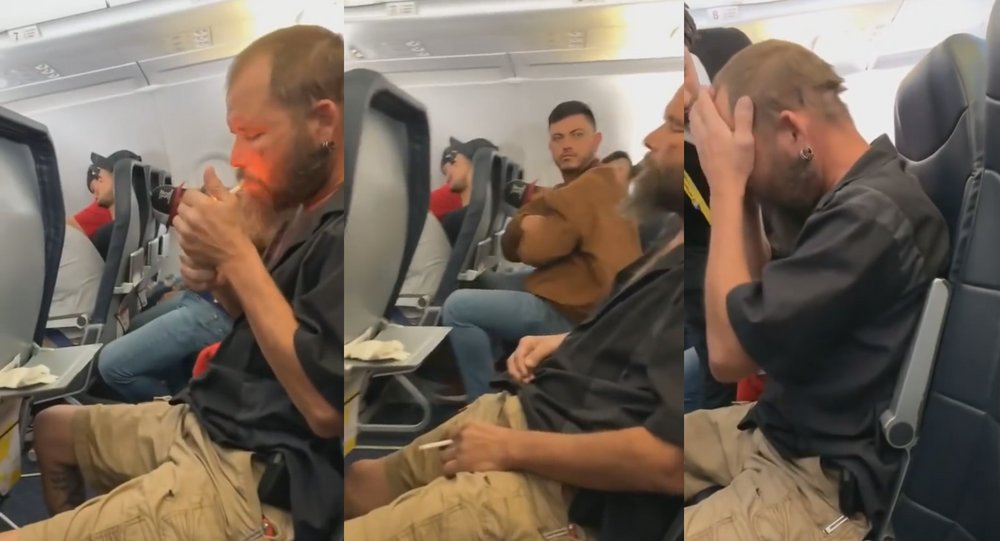 There aren’t ashtrays in the armrests for a reason, bud!

As if air travel weren't stressful enough in 2019, one passenger on a Spirit Airlines flight to Minneapolis, Minnesota, must have thought he was back in the 70s when he nonchalantly lit his cigarette and leaned back in his seat to relax.

The man's attempt to take the edge off immediately put other passengers on the edges of their seats and prompted another man to almost immediately flag down a flight attendant. According to the owner of the footage, the smoker appeared inebriated the moment he boarded the flight and chose to light the cigarette when they were approximately 40 minutes from landing.

The clip, originally posted on Facebook by passenger Donni Bee, has gained a 1.3 million views since its Tuesday posting. Most commenters praised Bee's calmness in the ordeal and confessed they probably would not have been able to keep their cool.

Bee tells Viral Hog the man was detained by airport police once the plane landed in Minneapolis.