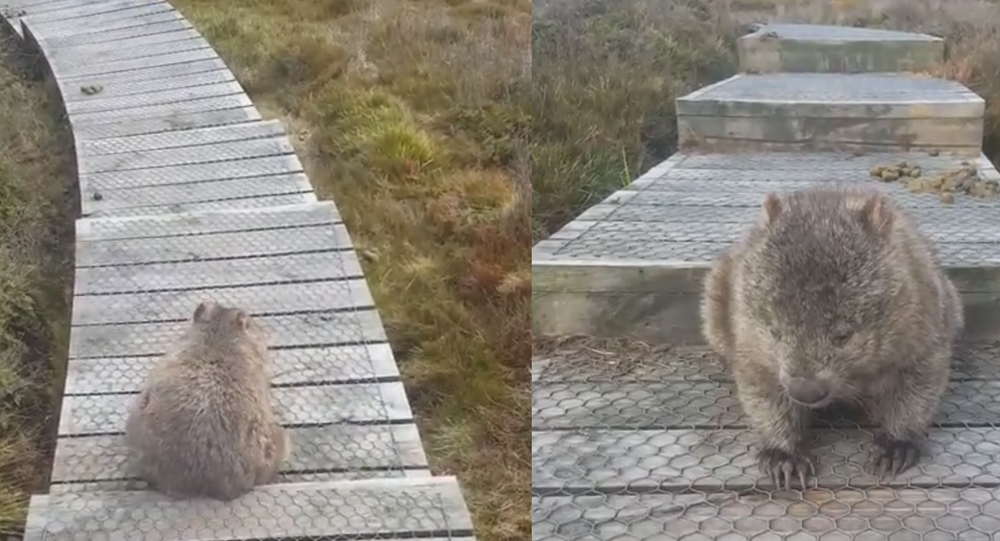 Let the marsupial scratch in peace!

Hiker Piotr Babis was brought to a halt on Cradle Mountain in Tasmania, Australia, after he spotted a wombat attempting to give its rear end some relief.

The clip, originally uploaded to Babis' Instagram page, shows the cuddly critter doing its best to reach an itch it just could not scratch on its own. Clearly caught up in its relief, it's not until the second "excuse me" that the wombat actually stops and attempts to see who has been watching.

Adding insult to injury, Babis takes the camera off the wombat's back end and focuses on its dejected disposition before allowing it to proceed with its business.

The sight may appear odd to some, but apparently wombats are known for using anything they can get to get their scratches in!

Sweet Dreams Are Made of This: Baby Wombat Dances in His Sleep

Defensive ‘Roo Takes on Irresponsible Human, Hounds and His Brew

Can ‘Roo Play Too? Joey Takes Detour Through Rugby Match

Paraglider Drops In, Gets Popped by Roaming Kangaroos