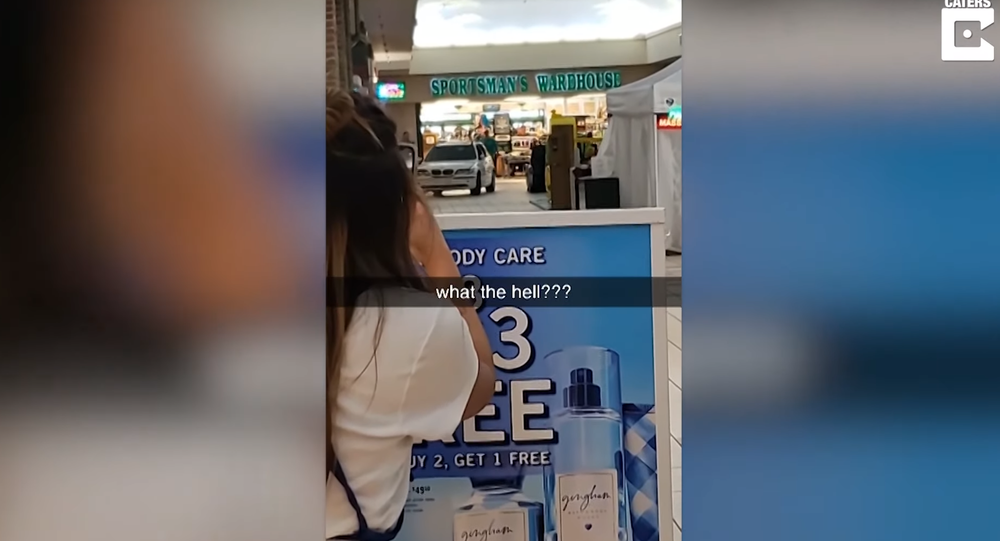 Express Lane? US Motorist Crashes Through Mall Doors, Cruises Around

No injuries were sustained but the glass doorway certainly needs a swift repair!

Earlier this month, shoppers at the Wenatchee Valley Mall had to make way for a BMW after its driver rammed through the glass doors near a Ross Dress for Less store and weaved through mall kiosks before making a U-turn, exiting through the same opening he created.

The driver, identified as 31-year-old Francisco Samuel Kehoe, would later tell police that he was high on methamphetamine and heroin. A large knife, two syringes and a bag of meth were all found on Kehoe, according to affidavit filed in Douglas County Superior Court.

When asked about his motive for the reckless incident, officers say Kehoe simply responded "you know why" before adding that he needed to get away. Upon arrest, Kehoe was charged with suspicion of DUI, hit and run, possession of methamphetamine, possession of drug paraphernalia and reckless endangerment.

US Train Barrels Through Ground Blizzard