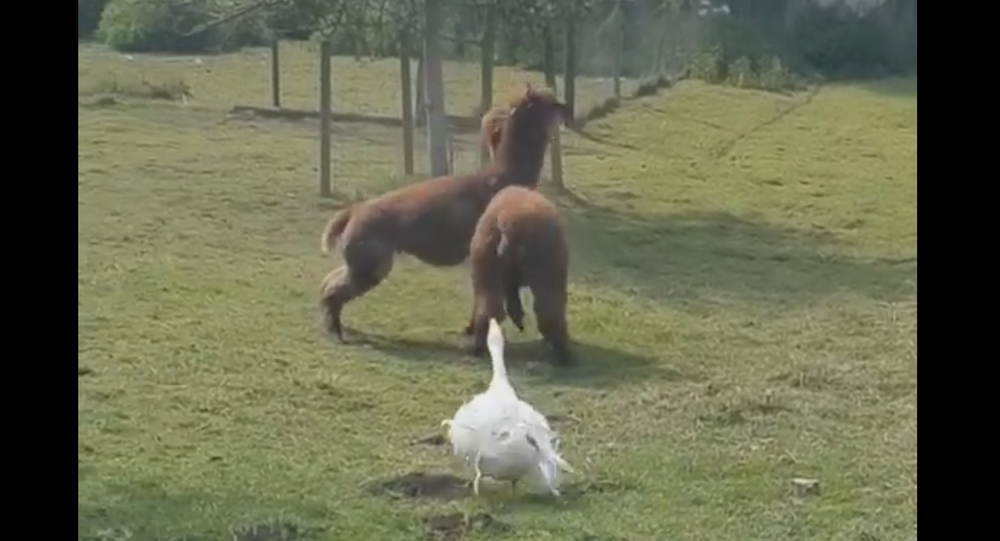 Goose Swoops in to Break Up Alpacas’ Altercation

While alpacas are usually docile creatures, the pair of alpacas in this meadow clearly had some beef that needed settling. Thankfully, a nearby goose decided to intervene.

The clip, recorded in Somerset, England, shows the two combating camelids battling it out for no more than four seconds before a goose waddles over to break it up.

According to the owner of the footage, the two alpacas were scrapping and showering each other with spit well before the video started. The recorder also tells Viral Hog the two kept their distance in the end, but exchanged a number of sounds as if each wanted to have the last word.