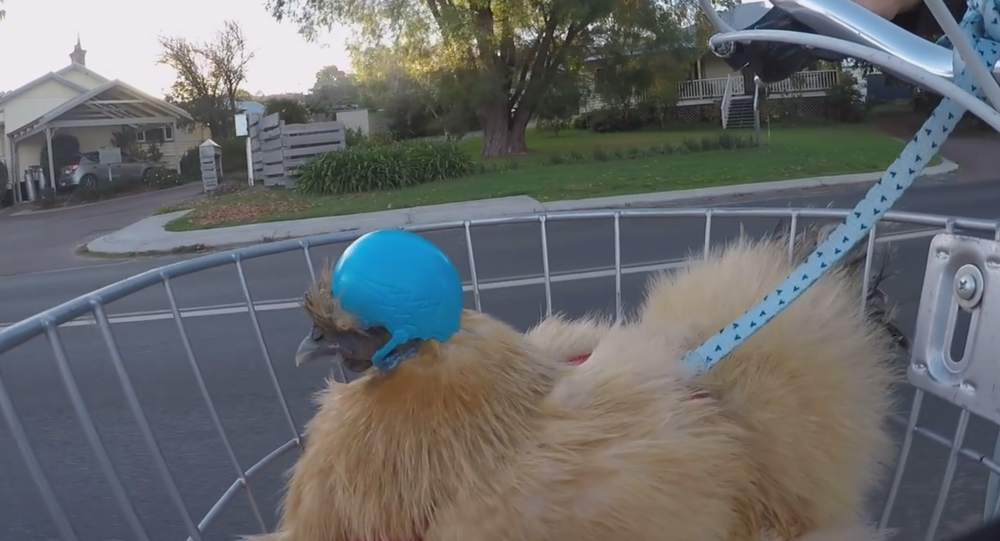 Not quite the “chicken basket” one would normally expect!

It's not every day that you catch a chicken on leash, and it's practically unheard of to spot the fowl sporting a helmet at the same time. However, this safety combination is apparently a weekly occurrence for Buffy the silkie chicken during her bike rides in Western Australia's Denmark!

Buffy's owner Maria Arima told Storyful last week that she adopted Buffy from a poultry auction in 2017, and the two have been inseparable ever since. Arima also revealed that she began taking Buffy on bike rides after seeing how the silkie was "really brave about the big open world and loved all the attention from the people we'd meet."

Despite the chicken's outgoing nature, safety is clearly a primary concern, and Buffy is strapped in and and equipped with a helmet that previously belonged to a Barbie doll!