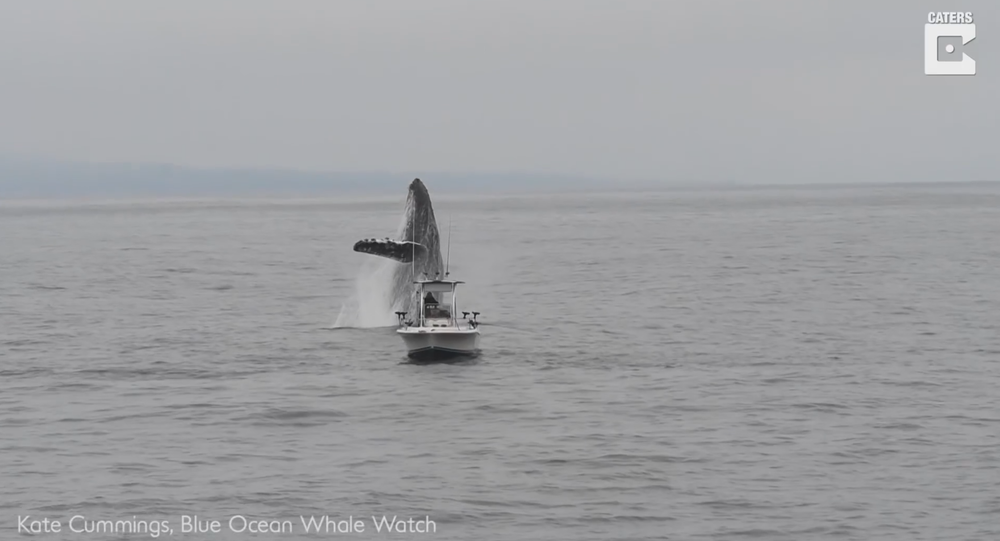 This fisherman got a front row seat!

A day out on the ocean by photographer Douglas Croft and whale watcher Kate Cummings proved to be a major success when they spotted a breaching humpback whale out in Canada's Monterey Bay.

Speaking to the Caters News Agency, Cummings noted that she and Croft first spotted the humpback breaching "much farther away from the fisherman" than seen in the video. Figuring the marine mammal would perform back-to-back breaches within a short period of time, the two waited to track its next move.

In what Cummings says was just a moment later, the whale emerged from beneath the sea and breached a few meters from the single fisherman aboard his Baja Sueno. Though the angler-turned-audience member was able to get a detailed look at the humpback, there's no doubt the massive marine mammal gave him quite a fright!

"Since the boat is closer, it should look bigger, but the whale is huge! If I'd been the fisherman, I'd probably need some new underwear," Cummings told Caters News Agency.

Do You Have Bigger Rooms? Whales Swimming Near Canadian Hotel Amuse Tourists