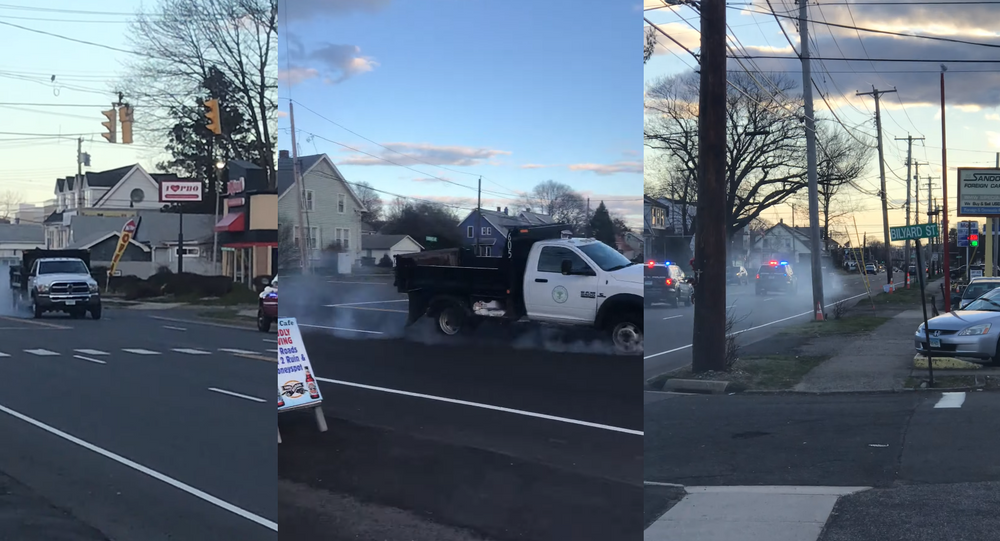 A 15-year-old from Stratford, Connecticut, was taken into custody and slapped with first-degree reckless endangerment, first-degree larceny, operating without a license and a few other charges after stealing and ultimately crashing a dump truck after leading cops on a high-speed chase.

According to local news reports, the teen stole the vehicle around 6:30pm and began leading officers on a chase after they discovered him driving around a Home Depot parking lot.

Prior to the scene shown in the video, the suspect is said to have hit another vehicle and popped a tire as police pursued him. The 15-year-old would lead cops on a chase into the town over before coming back to Stratford, where he finally crashed the stolen vehicle.

Stolen Glamour? US Marine Kicked Out of Wedding Over ‘Distracting’ Dress Uniform

Doberman Pinscher Clocks in at 34 MPH