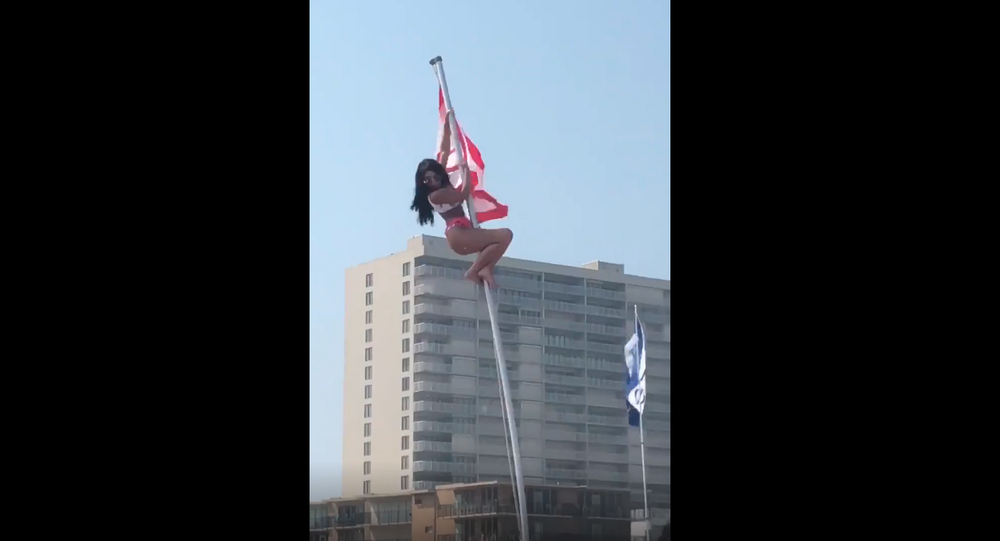 No broken bones for this spring breaker!

SHE NEEDS SOME MILK pic.twitter.com/9EZgTS3Kp3

Some have pictures to remember their vacations, but this University of Kansas undergrad went viral the moment the pole she was climbing came crashing down on South Padre Island.

Though the day drinker's descent is speedy, it may come second to how quickly the spectators turned their backs, covered their mouths in disbelief and cringed along with the rest of us.

Speaking to local Texas news outlet KVEO, the spring breaker in question revealed she became emboldened after seeing "fluffier" female beachgoers make it at least halfway up the pole.

Though she was able to pose for pictures and take interviews after the incident, the woman did admit to the footage owner that her back was not doing so hot (and that's before the alcohol wears off).