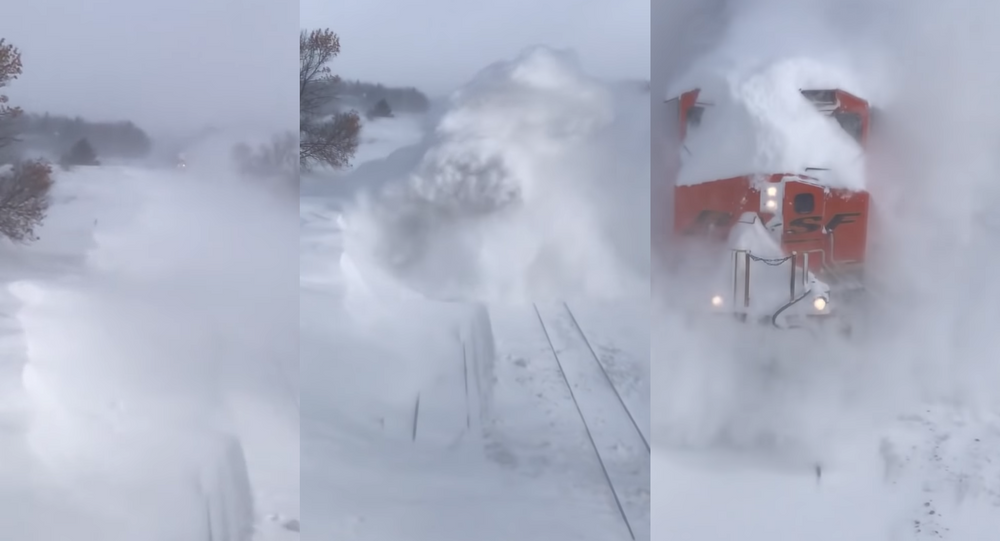 US Train Barrels Through Ground Blizzard

Don’t try this without your team’s approval!

Weekend snowfall followed by high winds recently brought about a ground blizzard that prompted many road closures and transit delays around Minnesota.

To many netizens' surprise, February 24 clip from Viral Hog shows an Amtrak train braving the roughly 47 mph winds and snow after the engineer received an OK from the maintenance team.

"I was doing about 37 to 38 mph because of a 40 mph slow order in that area. The horn was blown constantly to keep it from plugging with snow," the unnamed engineer of the train explained to Viral Hog, adding that his ears kept popping throughout the snow drifts.

"So for all the times you were told as a kid to not put a penny on the tracks because it could derail a train, this might make you think otherwise."

Fun in the Winter Sun: Greyhound Enjoys Playing in Snow