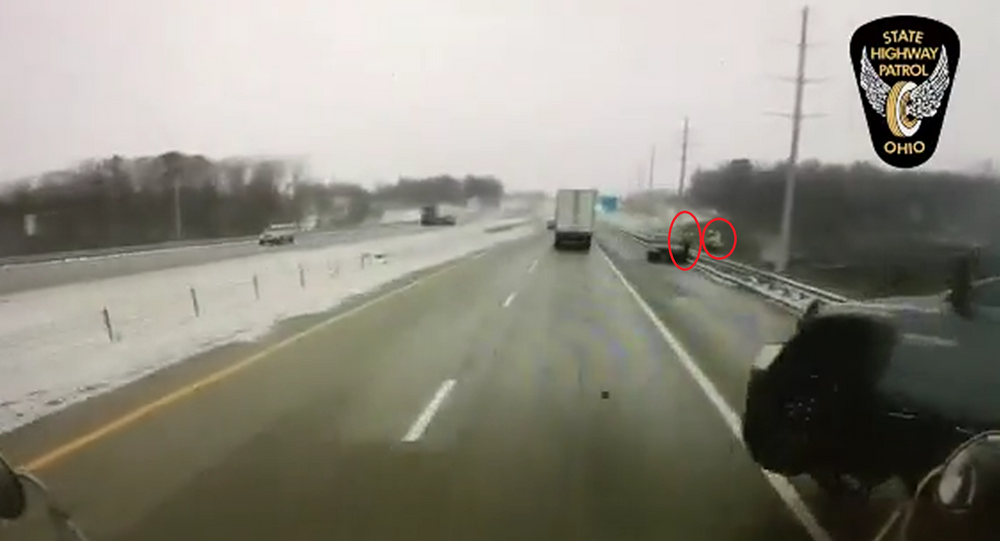 Dashcam footage from a dramatic multi-vehicle crash on I-75 in Lima, Ohio, was recently posted by the state's department of transportation as a reminder to slow down and be cautious of different freezing points on the road.

Ohio DOT's video shows a truck fishtailing before colliding with both the guard rail and the semi truck recording the incident. Losing control, the big rig also strikes another vehicle, causing people on the shoulder to scatter before the truck is brought to a halt by the rail.

The post goes on to specifically remind motorists that "bridges and overpasses freeze first and can remain icy when other sections of pavement are not," and that those with disabled vehicles along the highway should "remain inside if possible" to avoid injury.

Surprisingly, no serious injuries were reported from the wreck, but a large amount of diesel gas was spilled, triggering increased traffic until Environmental Protection Agency officials could get to the scene to oversee cleanup, according to a Ohio State Highway Patrol release.

Toddler Unscathed After Being Launched From US Mother’s Car