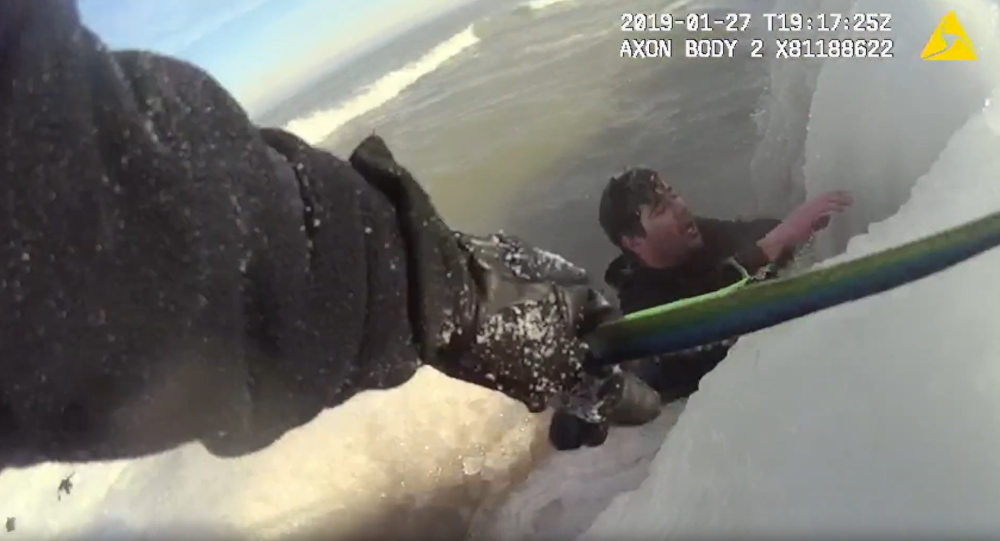 A nonverbal rescue mission by Chicago authorities saved both from meeting a frigid end.

A Chicago dog owner says he has "no doubt" he "would have died without help" after his attempt to rescue his nine-month-old dog from waters underneath the frozen Lake Michigan, went left.

"I ran up and looked down six feet to see him paddling in freezing cold water. He is a 19-pound dog, and I knew that he would soon die from cold or drowning. I jumped in after him. The water was only to my waist, and I lifted him onto my shoulder," the man, who wishes to remain anonymous, wrote in his letter to Chicago police.

Not long after, the unnamed man's hands began to grow limp, and he found himself unable to lift his body from the water. Luckily, someone alerted nearby police, and the responding officers, according to CPD, relied on nonverbal cues as they formed a human chain to lift the man from the frigid waters.

According to a tweet from the CPD, both dog and owner are doing well.