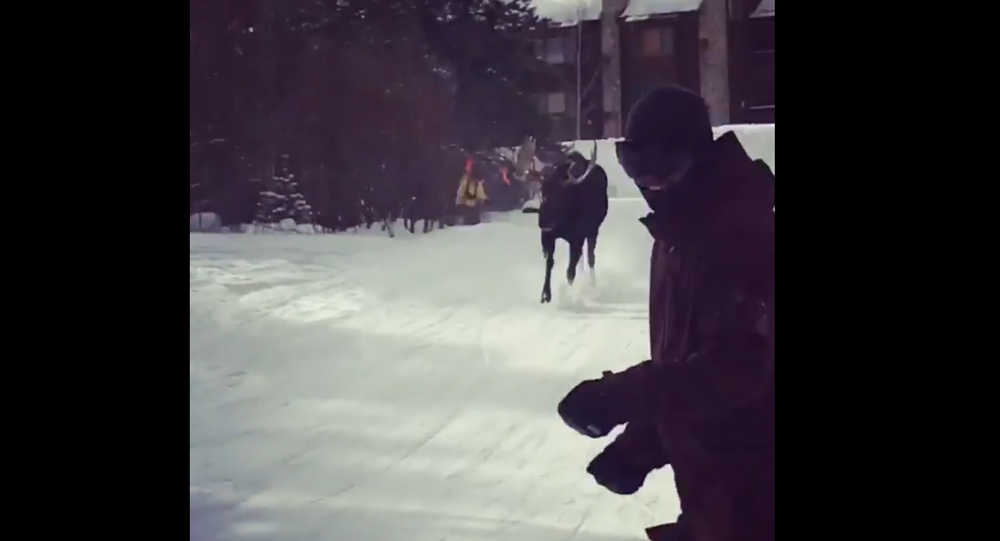 Saved by the Slopes! Territorial Moose Chases US Skiers Down Mountainside

This tale would have had a much different ending if this crew did not have years of snowboarding and skiing experience!

Recent Instagram footage shows local wildlife causing quite a fright in Breckenridge, Colorado, as a lone moose moved to mark his territory in response to a group of humans hitting the slopes Saturday January 19.

Speaking to Summit Daily, footage owner and local Lauren "Lo" Drogsvold said the encounter "could have been really bad" and that she feels lucky to have escaped the moose's impromptu pursuit.

"If you see a moose, you don't walk up to it, you don't approach it," Lo added. "You get the hell away from there and leave them alone."

Despite their size, moose can pick up the pace to around 35 mph (56km/h) if traveling a short distance, according to LiveScience.com. Additionally, it is said that while the animal is generally peaceful, they become aggressive when they believe their territory is threatened.

Judging by this moose's stride, Lo and friends may want to find another ski spot to frequent!

Moose Tries to Knock Down Drone