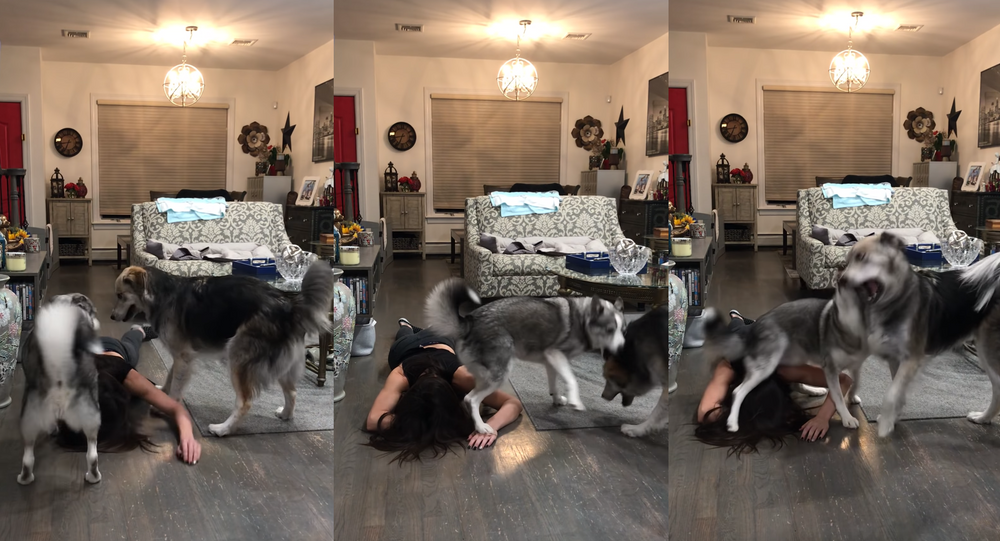 Following a recent internet trend, one Staten Island, New York, dog owner decided to record herself faking a heart attack to see how her two pups would react in the event of an emergency.

Unfortunately for her, the 44-second clip immediately goes left after she goes into "cardiac arrest" and collapses to the ground. While Tyson and Champ run to her side to see what's up, the two then begin playing and walking all over her "dead" body until she's forced to break character.

"Well, it's pretty safe to say that I'm a goner," the NY woman joked to Viral Hog.