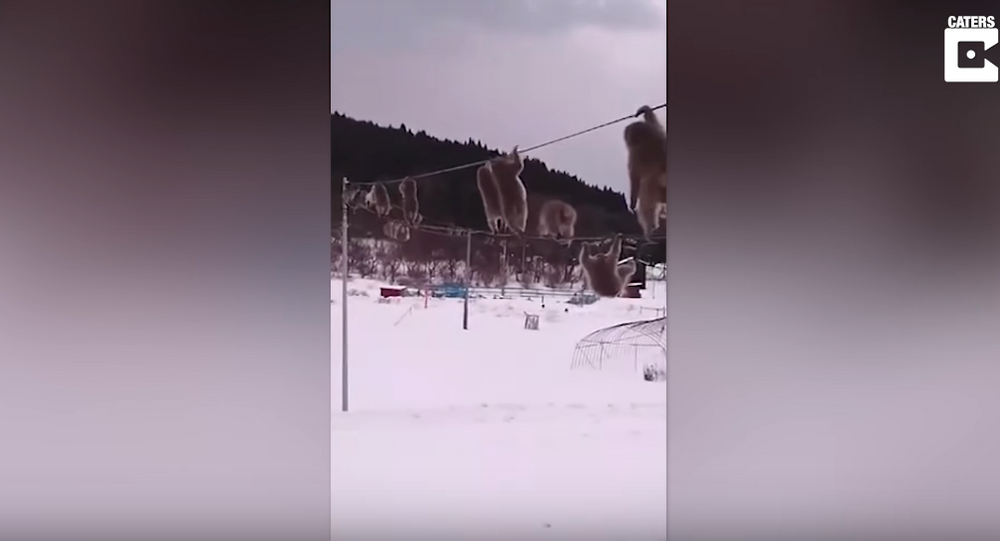 No Monkeying Around: Macaques Get Around Using Telephone Lines

One homeowner in Mutsu, Japan, captured quite the eyeful January 6 when a pack of Japanese macaques, also referred to as "snow monkeys," decided to get around town by climbing on the telephone lines.

The Caters Clip video, uploaded to YouTube January 10, shows the macaques getting into formation and avoiding the snow as they turn the phone lines into tightropes.

According to the owner of the footage, two of the snow monkeys were seen making the same trip in the opposite direction just two days later.