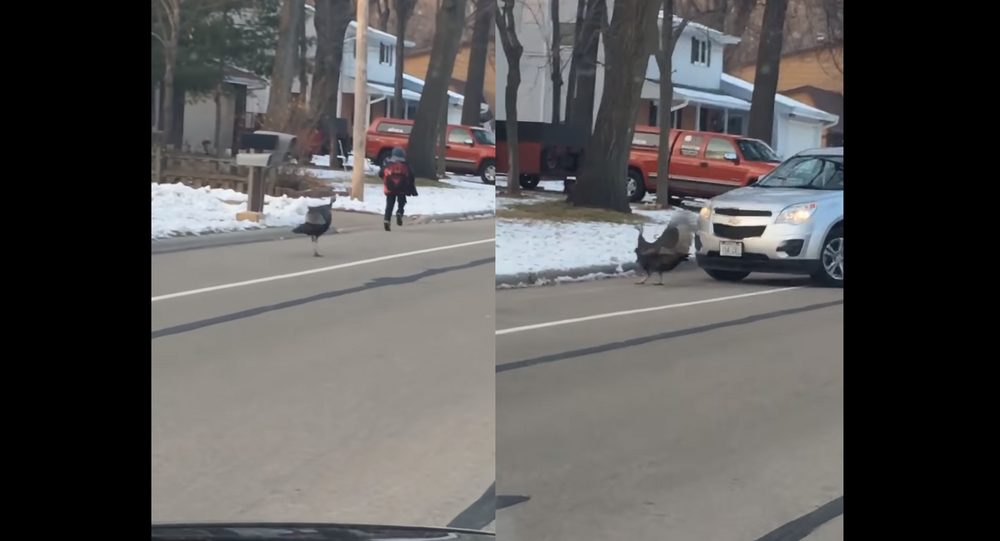 Cutting off the fowl without a carving board!

A turkey's post-Thanksgiving rage was caught on full display in a December 12 upload by Viral Hog that's been viewed nearly 60,000 times.

Vigorously trotting behind the schoolboy, the seemingly peeved fowl is forced to a stop after one alert motorist slides to cut him off. Surprisingly enough, the turkey, named Smoke, is a local celebrity and official "mayor" of the Wisconsin town of Ashwaubenon, according to the clip owner.

The recorder of the video also says that the boy took refuge in an SUV following the incident.

"I followed the Suburban to make sure the kid was dropped off at home and he was. The turkey remained in the middle of the road and did not move."