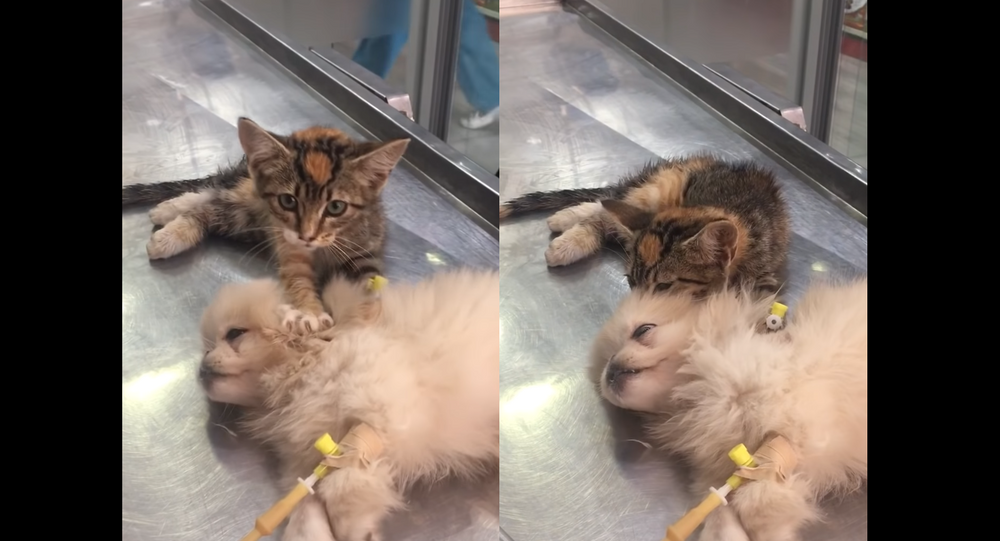 These buddies just have to be adopted as a bundle!

An abandoned kitten and puppy up for adoption may be a little closer to finding their new, stable home after video of their bonding was shared to Viral Hog and amassed over 20,000 views in less than three days!

Filmed inside a veterinarian clinic in Sakarya, Turkey, the rescue cat is seen gently kneading and nuzzling a fellow rescue resident in what many view as a cute display.

A few YouTubers, on the other hand, of course had to ruin the adorable image. User "burntper," mocking the cat, asserted the feline is simply using the canine to cuddle up to and rest. YouTuber Robert Jankowski took it a step further and said the cat saw the dog as a "soft blanket" rather than a fellow rescue animal.

According to PetMD, cats' kneading is thought to be a leftover behavior from nursing as a newborn. Despite this pup not being a source of milk for the kitten-turned-massage therapist, PetMD claims kneading still remains a source of comfort for cats, given the pleasant and "rewarding" association with nursing earlier in life.

Kitten’s Bedtime Ritual Not Complete Without His Favorite Plushie

‘This is For Your Own Good’: Kitten Pins Pup for Bath Time