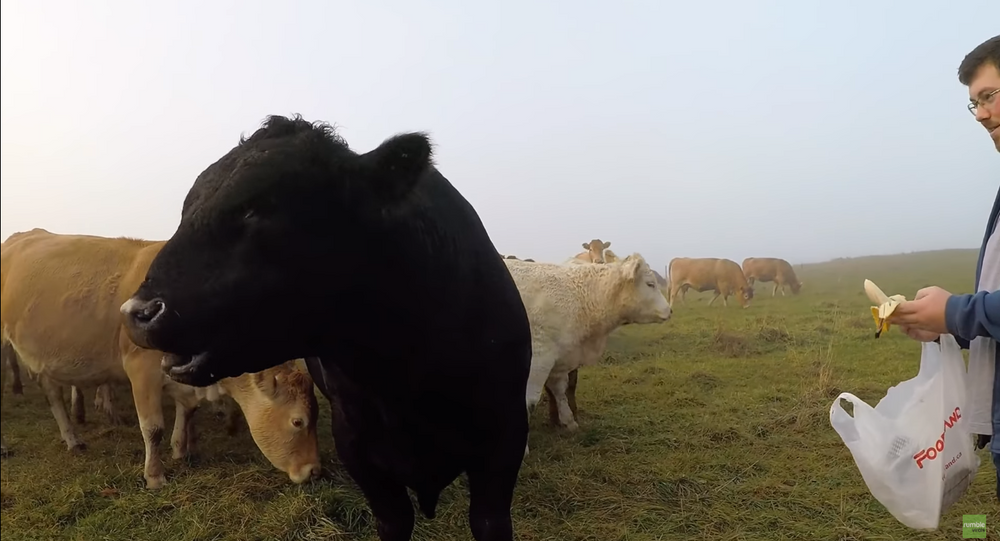 ‘None of that Bull’: Steer Makes Snack Choice Clear

Gus the bull may have a 2,000-lb, 5'6" frame, but this sturdy steer has picky preferences and made them plain as day when Cameron, the snack supplier, attempted to switch up the handfuls of bread for a banana. In fact, one sniff was all it took for Gus to let out a huff of displeasure!

According to the footage owner, Gus has been in Cameron's father's life for years as the primary breeding steer on his farm in Ontario's Millbrook. Wanting to continue the bond his father and Gus formed, Cameron regularly comes out to the pasture and uses food to prod along their friendship.

This guy sure is brave to play with the food of an animal who weighs in at one ton!