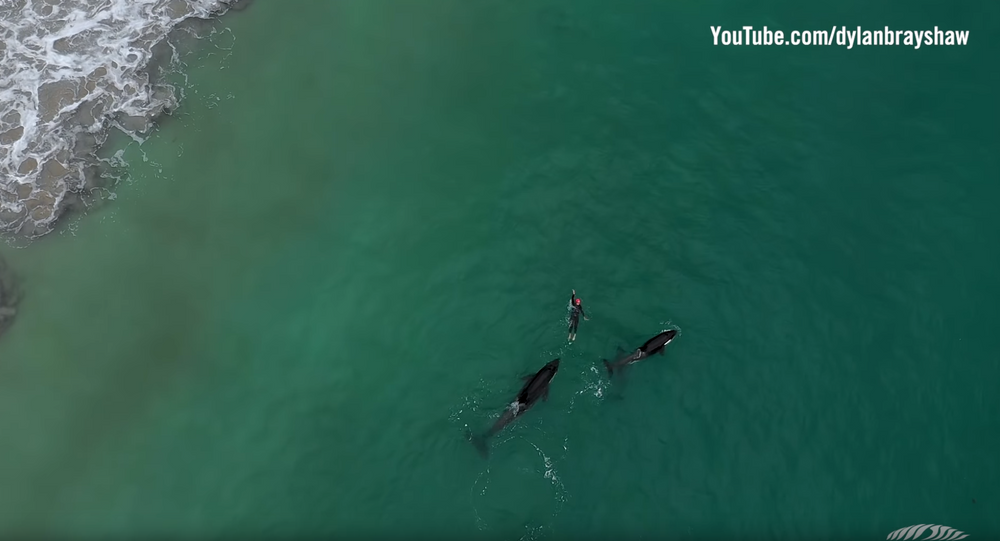 Just a casual swim with some killer creatures!

While many would end their swimtime in the ocean over an unexpected brush with some seaweed, photographer Dylan Brayshaw recently captured footage of one woman who appeared to actually welcome the addition of a pod of orcas to her swim near New Zealand's Coromandel Peninsula.

According to Brayshaw, the footage seen is actually the woman's second run-in with the orcas. With the swimmer a mere "20m from shore," the photographer recounted her exiting the ocean after she first felt the whales swimming underneath — only to return to continue her swim minutes later.

Brayshaw's footage has attracted the eyes of thousands since its Thursday posting, but not all are so sure that the pod of orcas was simply joining the woman for entertainment purposes. YouTuber "Mike M" personally believes the whales were out for a bite to eat.

"I don't think they were playing with her, rather, deciding if she's edible﻿."