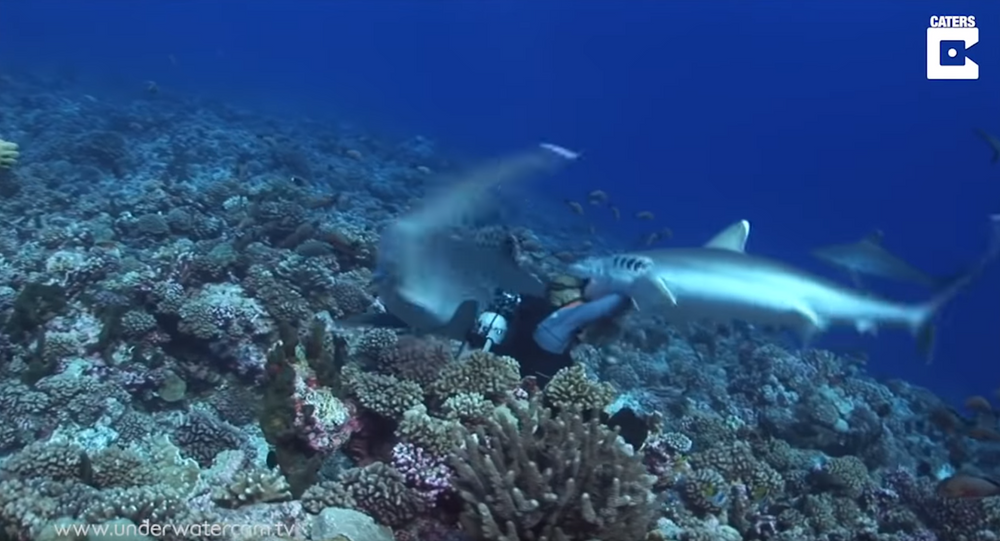 Let’s err on the safe side and take that as a warning bite!

Divers on an expedition off French Polynesia's Rangiroa Atoll witnessed the brief but bone-chilling moment a team member almost turned into a meal.

According to video owner Peter Schneider, the diver in question was simply crouching in some coral before approximately six silverfin sharks approached. Possibly enticed by the trespasser's bald, exposed head, one fish broke from the group in an attempt to snag a snack.

Luckily, the marine enthusiast acted quickly enough to duck and only lose his goggles from his face, rather than his face altogether. Though there were definitely some marks from the razor-sharp shark teeth gliding across his head, he was able to hightail it to the water's surface and (eventually) to safety, Schneider told Caters Clips.