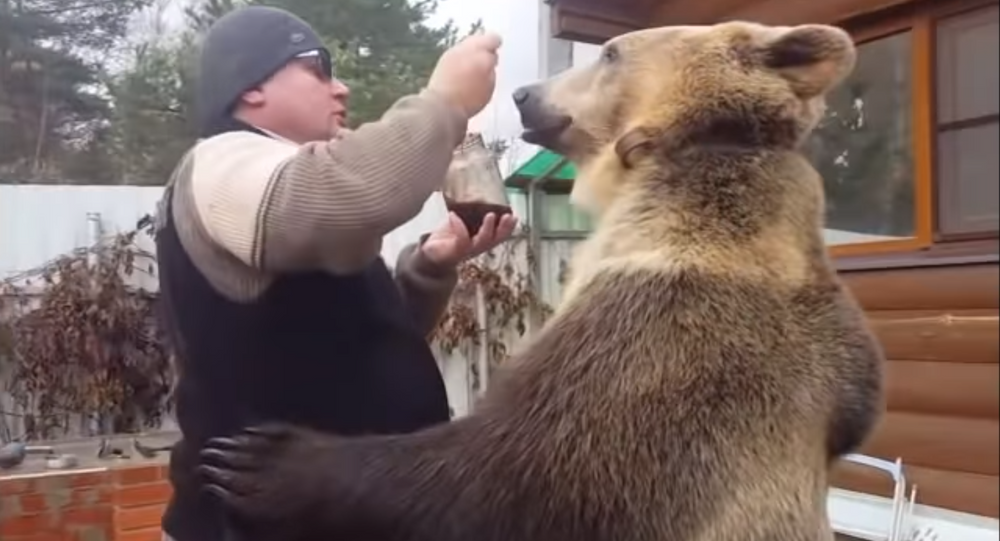 No sticky fur for this greedy fella!

Stepan the brown bear has made his way back to the net in a recent video from Viral Hog.

Recorded in Moscow's Levskogo, the cuddly bear is seen squatting and standing while his owner/father helps him enjoy some jam. According to the Stepan's parents, the greedy brown bear consumes an average of 700 kilograms of berries in a single year!

Stepan first came to his family in Moscow, Russia, after being left for dead by a group of hunters when he was merely a three-month-old cub. After nursing the bear back to health, the family became attached to pampering the gentle giant and wanted to give him the best they could offer.

"He loves people and is a sociable bear — despite what people might think, he is not aggressive at all," Stepan's mother said in a 2016 interview. "We have never been bitten by Stepan."

‘Got Any Snacks?’: Curious Russian Bear Creeps up on Highway Patrol

‘I Said No Pictures!’: Canadian Black Bear Makes a Bluff Charge at Woman