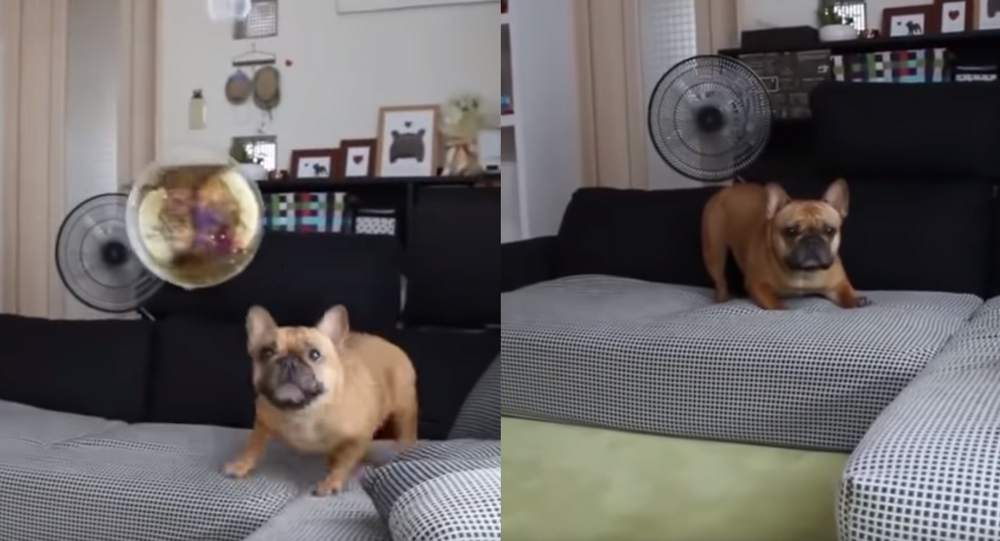 Footage of a French bulldog losing its bubbly playmate has spread across Reddit in the past three days, garnering more than 28,200 upvotes. The brief, 16-second clip shows the Frenchie bouncing around with joy in the face the spontaneous globule until it pops and leaves him with nothing but trust issues!

While the average individual watching the video would probably be preoccupied with the pup's look of hopelessness, redditors appeared to be more concerned with the couch.

"Where are the couch legs?" asked reddit user southall_ftw, whose comment received over 1,300 upvotes. User MathPancakes offered some perspective on the furniture choice.

"If your couch has no legs then kids/dogs/husbands can't shove sh*t under the couch."