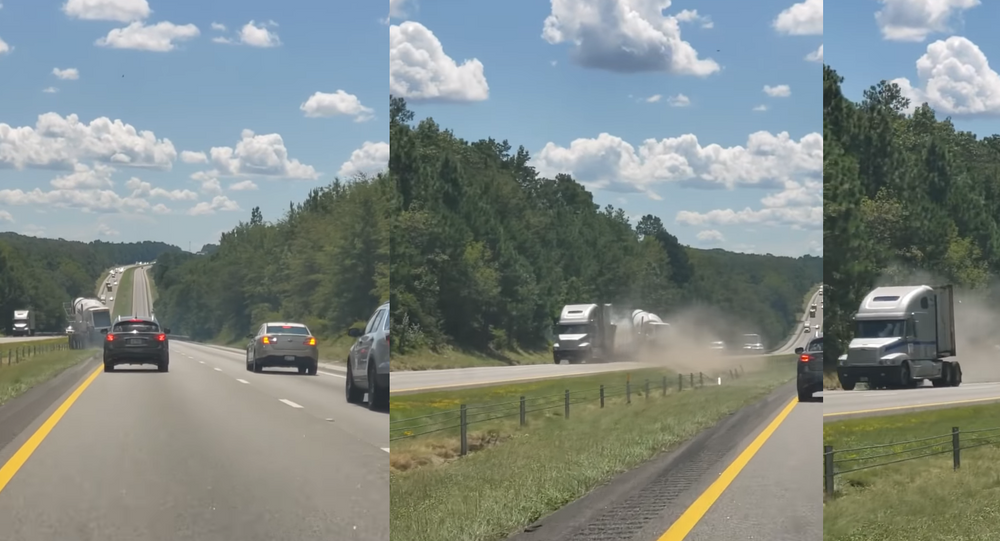 Viral Hog dash cam footage from Columbia, South Carolina, shows how a few seconds of drowsiness can turn a highway into a horror scene.

According to the video's owner, he first noticed something was wrong when the truck almost tipped over prior to the clip shown. He went on to tell Viral Hog that the cement truck's operator drifted into the "median six times until ultimately swerving into traffic, removing a trailer from its tractor."

Despite the scene and thousands of dollars in damage, both drivers were able to walk away with their lives. According to the dash cam owner, the big rig driver said he "would have been killed" if he had made a knee-jerk reaction and slammed on the brakes.