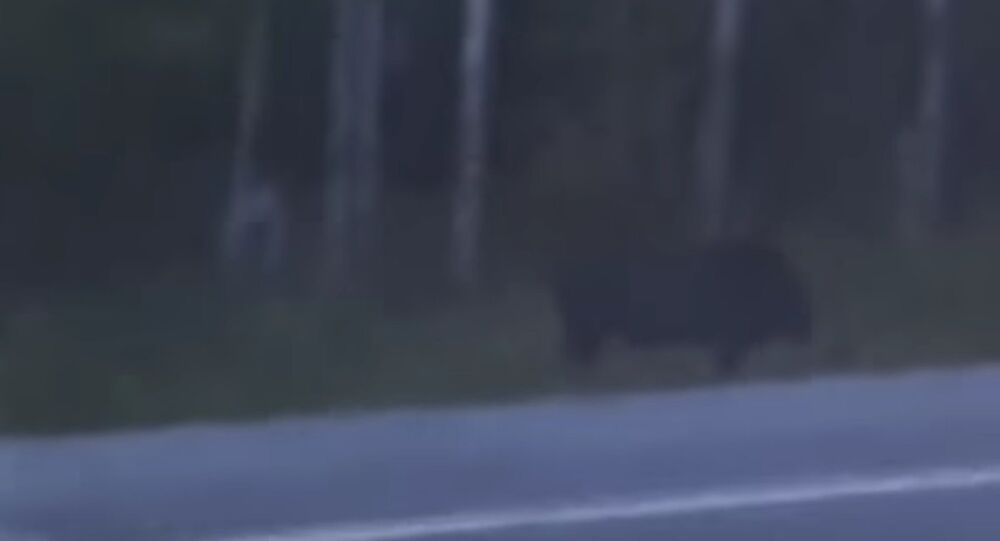 A mysterious faceless beast has been captured on camera stalking a moose.

While Audree Frechette was filming a moose peacefully feeding by the side of a desolate road in Gaspé Valley in Quebec, she didn’t expect the camera to film anything unusual. But when she re-watched the tape, she noticed a pale, faceless monster-like creature hiding in the shadows. Compared to the moose, it was 6ft (1.8 meters) tall and appeared to be eying the animal.

The video went viral, garnering almost 700,000 views in just one week. Many of YouTube users thought that the creature resembled Gollum – a lean, pale character in the Lord of the Rings trilogy. Others remembered Rake – a monster that was supposedly seen in 2009 in the woods of Canada. While many users were skeptical about the supernatural character of the creature in this video, saying that it is just a stain or a reflection on the windshield, Audree disagreed that any kind of stain could move the way that the monster did. She pointed out that the picture “gives her doubt and a powerful strange feeling.”