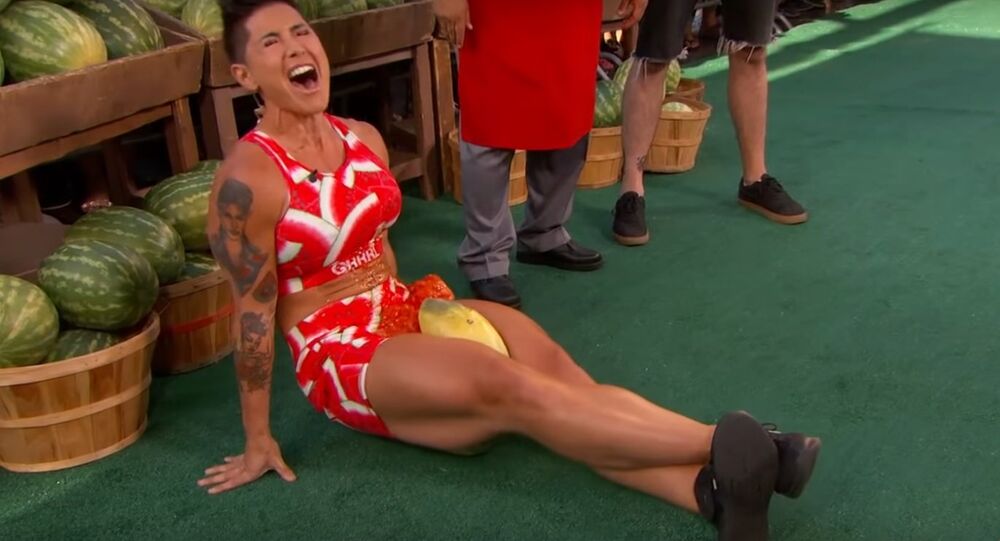 National Watermelon Day has a hero - 37-year-old Kortney Olsen, who is able to do super-human things using her legs.

The Jimmy Kimmel Show is no stranger to celebrating odd events and on August 3, they decided to celebrate one of the US most refreshing, albeit unofficial, holidays.  The show’s crew erected a watermelon stand on Hollywood Boulevard and launched a watermelon giveaway. But the first customers discovered that the only instrument they had to cut the fruit was a small plastic knife. Imagine his surprise when a woman, calling herself a sales assistant, cracked open a watermelon – with just her thighs!

This is not the first time that Kortney Olsen is caught on camera crushing watermelons with her legs. An athlete and bodybuilder, she is Australia's first ever female arm wrestling champion, winning in 2012, and an activist for women's empowerment, encouraging and working to improve the well-being of young girls and women. On the web she is mostly known as the woman with the “World’s Deadliest Thighs,” as a video showing Kortney smashing watermelons between her legs and teaching others how to do the same went viral a couple of years ago – but still manages to impress and encourage people to go the gym.

You're Not You When You're Hungry: Ducks Eat Watermelon