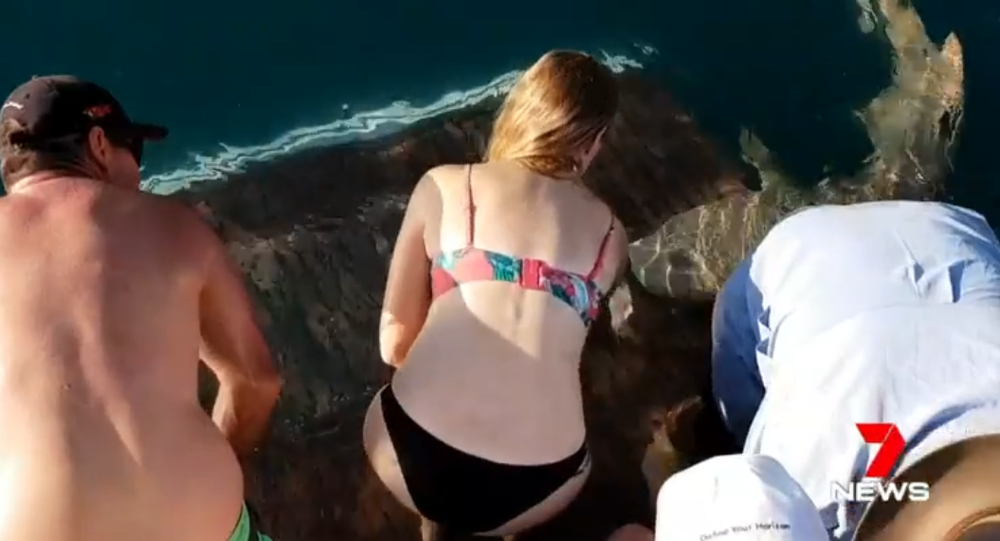 In Australia, a woman was trying to feed a shark from her hands when the predator suddenly started to drag her under water.

In the video below, a woman attempts to feed nurse sharks from a boat, but out of the blue, one of them bit the hand feeding it.

According to the woman, the shark grabbed her finger along with the food.

"It happened so quickly. All I could really focus on was the fact that my finger is gone. He’d clamped on it and it felt like it was shredding off the bone." she said, as quoted by 7 News Perth.

However, things weren't as bad as she'd thought; she still has her finger. Doctors later established that the woman suffered a bone fracture and a ligament injury.

Sydney Surfer Blissfully Unaware of Shark Creeping Down Under