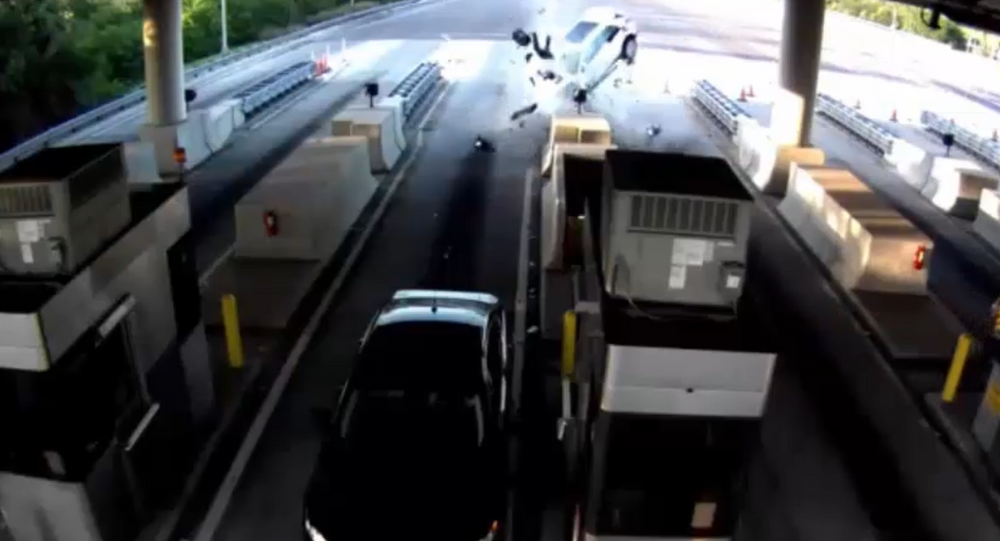 The vehicle, carrying four passengers, allegedly went out of control after its 23-year-old driver fell asleep, according to the police report. As a result, the vehicle began to drift and continuously picked up speed before ultimately slamming into the booth's security barrier and ejecting a 25-year-old passenger approximately 30 feet.

Surprisingly, all five individuals involved in the crash survived. The extent of their injuries has not been released by authorities or medical officials.

Police have since cited the driver for careless driving. Drugs and alcohol are not suspected to have played a role in the incident as Florida authorities continue their investigation.