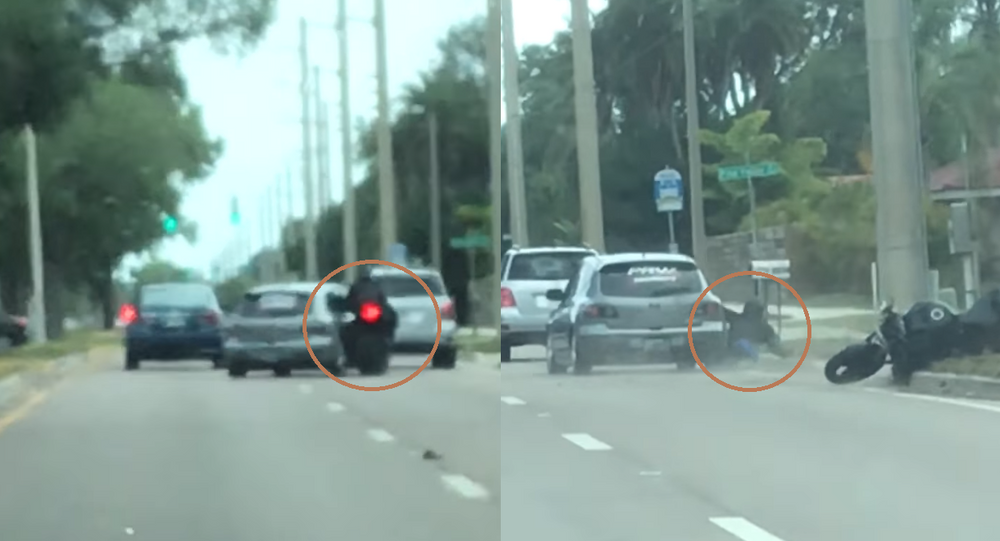 An out-of-control road rage incident may mean deportation for one driver.

Sarasota, Florida, deputies have arrested Magdiel Medrano-Bonilla, reported to be an undocumented immigrant from El Salvador, after an April 8 road rage situation took a near-fatal turn.

"Before the video started, he threw a quarter or change and hit me and my motorcycle and put some damage to the motorcycle. You see me following him to a stopping point to get his information or get him to pull over," claimed Darin Hendrickson, the motorcycle operator, to the Sarasota Herald-Tribune.

Towards the end of the footage, Hendrickson is seen hitting the Mazda's window before Medrano-Bonilla aggressively sideswipes both Hendrickson and his 2008 GSRX 1000 Suzuki sports bike off the road. `

"I was in absolute shock," Hendrickson said, having suffered multiple broken bones from the accident. "My son started flashing through my face. I thought, ‘I can't die right now.'"

In addition to being charged with aggravated battery and operating a motor vehicle without a valid license, US Immigration and Customs Enforcement has placed a hold on Medrano-Bonilla.