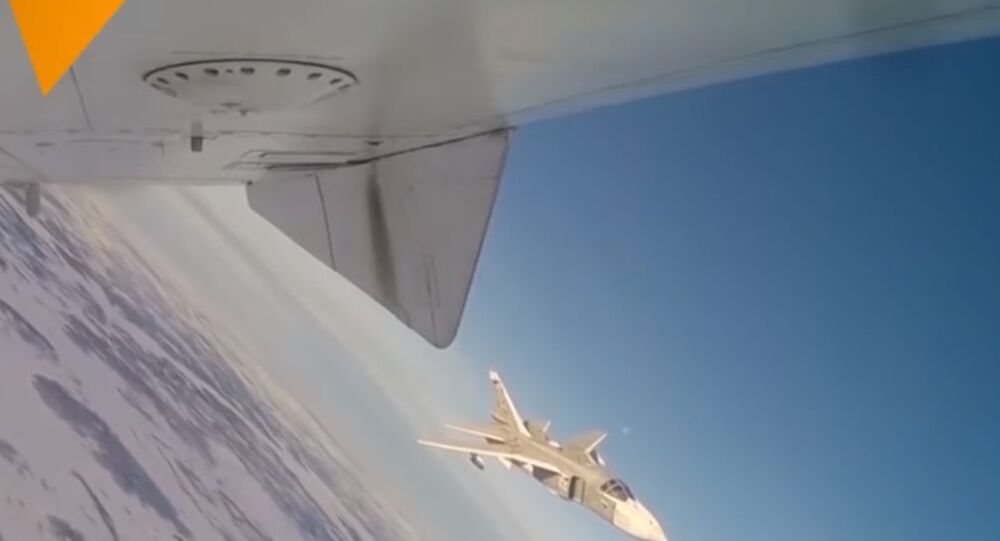 Take a Deep Breath and Enjoy Mig-31, Su-24 Drills in the Arctic

The crews of Russian Mig-31 interceptors and Su-24 bombers have shown their best under conditions of snowfall, low clouds and poor visibility.

The video shows how pilots were polishing up their skills of taking off and landing from the frozen runway, amid the snow and beauty of the Arctic landscape.

Take a deep breath, because this view is really mind-blowing.

This was the first of the Soviet-developed aircraft able to carry an integrated digital navigation system.

The supersonic interceptor aircraft Mikoyan MiG-31 (NATO reporting name: Foxhound) is still considered to be one of the fastest combat jets in the world, even though it was designed during Soviet times. The jet is capable of intercepting cruise missiles and their launch aircraft, including low flying ones and providing strategic support in areas without air defense systems.