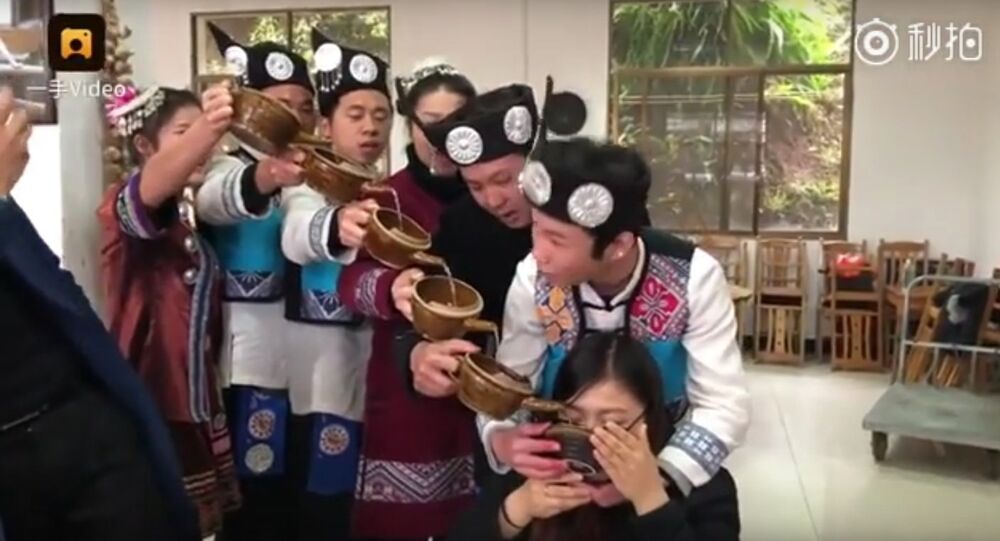 In the below video, representatives of the Dong ethnic minority from China's central Hunan province are seen welcoming tourists in their traditional way, which includes an unusual ritual that every wine lover would appreciate.

Known as the Dong, or the Kam people, this Chinese ethnic group numbering more than three million people mostly lives in the Guizhou, Guangxi, Hubei and Hunan Provinces.

The minority is internationally renowned for their polyphonic choir singing, called Kgal Laox, or Grand Choir, which was listed by UNESCO as a world-class intangible cultural heritage in 2009.

The Dong people have a song for every occasion, like marriage or death; there are even special drinking songs performed by men and women as they partake of their traditional rice wine.