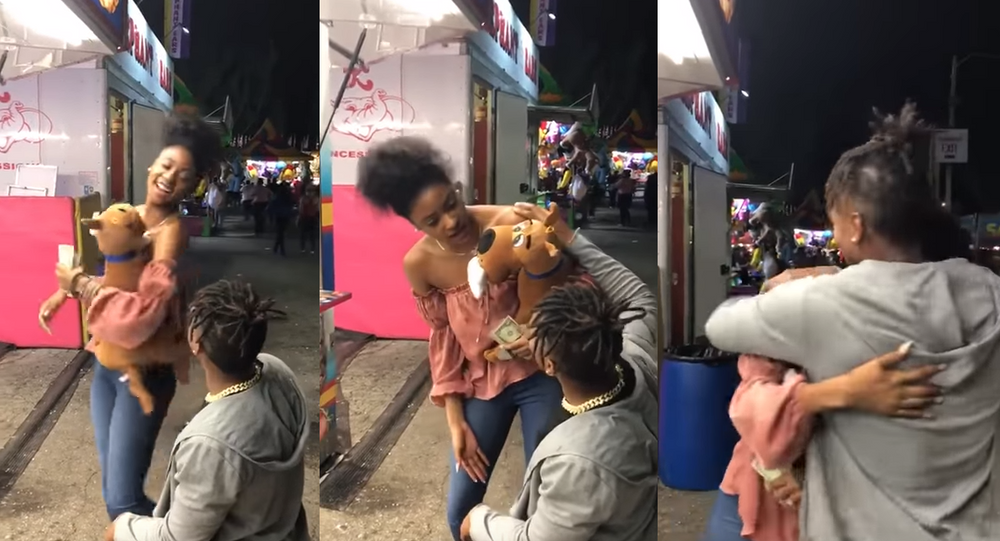 From funnel cake to wedding cake!

A couple of two years, Chris Morley and Chelsea Newble, admit to having a relationship involving constant pranks and jokes. So when her boyfriend took a knee in front of the funnel cake stand at Miami's Santa's Enchanted Forest theme park, Newble wrote it off as yet more leg pulling by her beau.

That is, until she realized Morley was not getting up — and not joking.

Overcome with emotion and a little camera shy, the bride-to-be accepted the proposal and embraced her fiancé as tears rushed down her face. According to Newble, she already considered them to be engaged due to a recent Blow Pop ring proposal at the movies.

Well, this ring isn't edible, but it's definitely an upgrade!