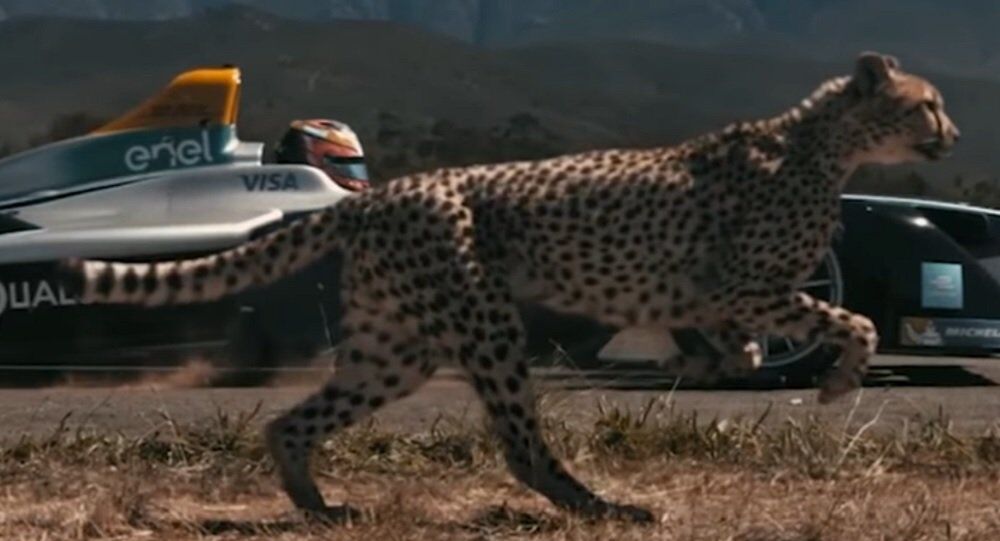 An FIA (the Fédération Internationale de l'Automobile) Formula E racing team has held an unusual head-to-head drag race featuring their SPARK SRT_01E, a smart electric championship car, and the fastest animal on Earth. Watch the video below to find out which of them was quicker!

The goal of this race, filmed in the Western Cape, South Africa, was to raise awareness about the possible extinction of the cheetah, one of the 10 animals most at threat of climate change.

"Despite what it looks like, there were three cheetahs used during filming to avoid tiring them or endangering their health," Formula E wrote in a press release.

A team of experienced animal wranglers, as well as representatives from several animal welfare organizations observed the race to monitor the welfare of animals on set and make sure that no animals were abused or mistreated during the filming of the video.

What Does the Cheetah Say? You'll Be Surprised

Quintuplet Cuties: Mama-Cheetah Takes Her Five Cubs for a Walk