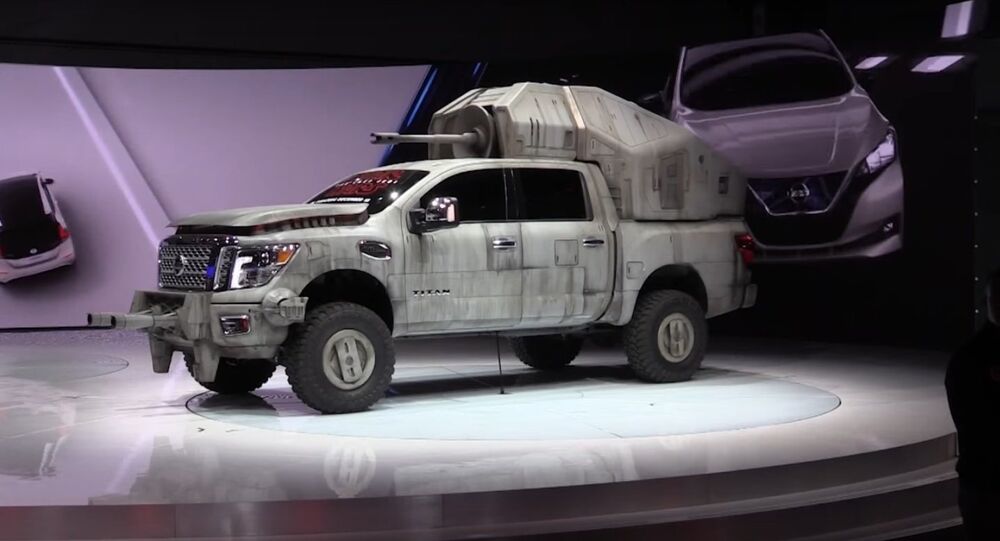 Unfortunately, these cars are not for sale.

Nissan has unveiled visually breathtaking cars inspired by the epic "Star Wars" series. At the 2017 LA Auto Show the carmaker had displayed a single "Star Wars"-themed vehicle, but this year the family received seven new members:

a 2018 Nissan Altima, which looks like a TIE Fighter;

a 2018 Nissan Maxima with its front fascia designed after Kylo Ren's black and silver mask;

a 2018 Nissan Maxima created by a team of female designers inspired by Captain Phasma;

a 2018 Nissan Rogue Sport bringing to life the A-wing;

and a 2018 Nissan Titan, the biggest vehicle in the Nissan's fleet inspired by the AT-M6 walker.