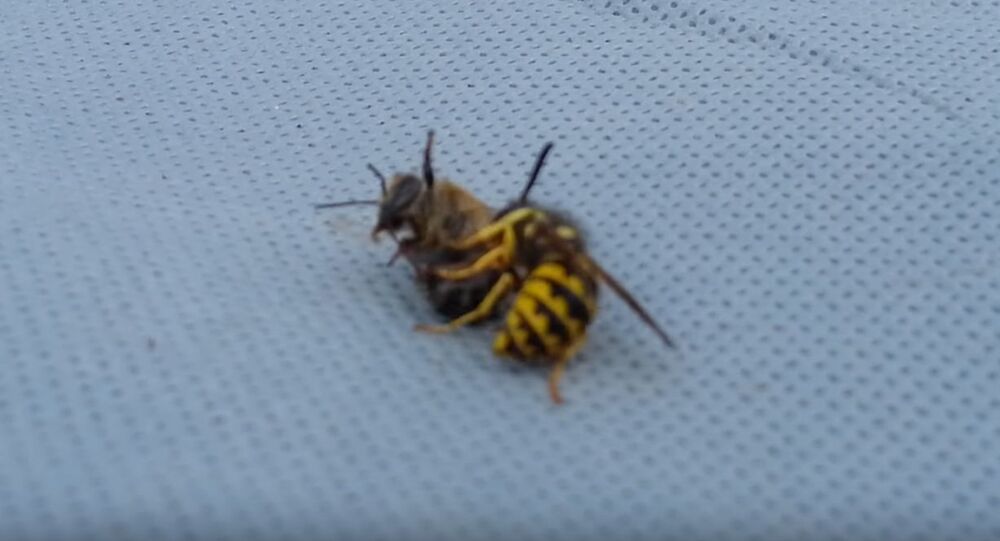 Life or Death Struggle: Epic Battle Between Wasp and Bee

A video of a deadly fight between a wasp and a bee was published on Reddit.

Many Reddit users were overcome with emotion to the recently published video. The video shows a wasp tearing a bee in half. Literally, in half! A large number of users called attention to the brutality of the victor in the mortal struggle.

“One more reason to fear wasps,” one of the users wrote.

James Carpenter, curator of Hymenoptera (the group of insects that includes wasps) at the American Museum of Natural History in New York, explained in an interview with the LiveScience news website that such  behavior is not unusual for wasps.

"Social wasps cut up their prey to make it transportable," he said. "Indeed, sometimes they chew it up into a food ball, getting rid of the appendages."