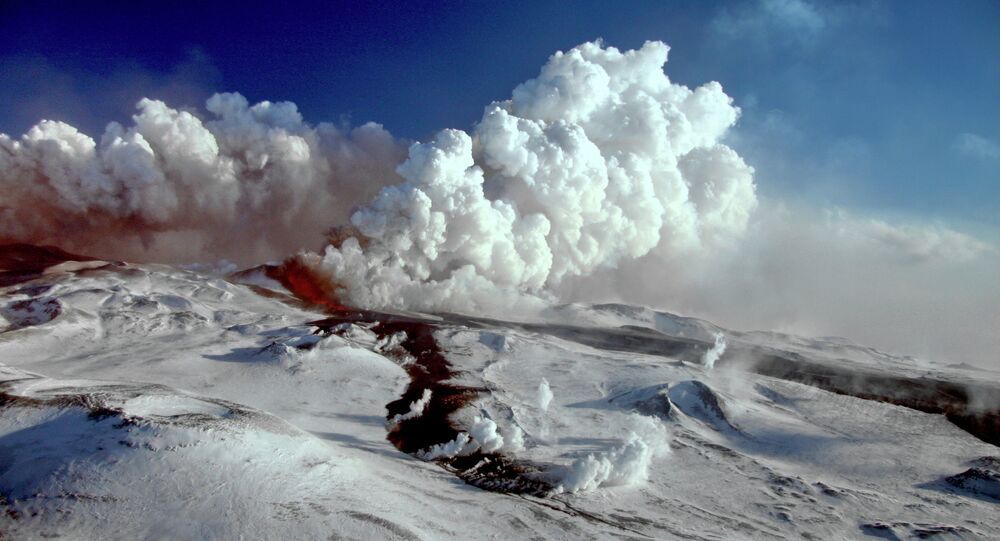 Russian alpine skier Ivan Malakhov jumped from a helicopter into the vent of Mutnovsky volcano in Kamchatka, Russia.

The athlete performed the jump at a height of 12.5 meters onto the 1.7-kilometer incline of the vent. Mutnovsky is a 2,322-meter-high active volcano which emits hot gas and steam.

Malakhov became the first man ever to perform a stunt of this kind.

"The main fear I felt was the fear of the unknown. But despite all the difficulties the jump was high and the landing was clear. That is exactly what I tried to do," the daredevil athlete said.

According to him, during the preparation for the jump he was assisted by local guides and specialists in heli-skiing (downhill skiing or snowboarding on unprepared slopes). Malakhov jumped from a Mi-8 helicopter.

In 2009, Russian parachutist Valery Rozov landed on the volcano crater. It took him three attempts to reach the safe zone of the crater.