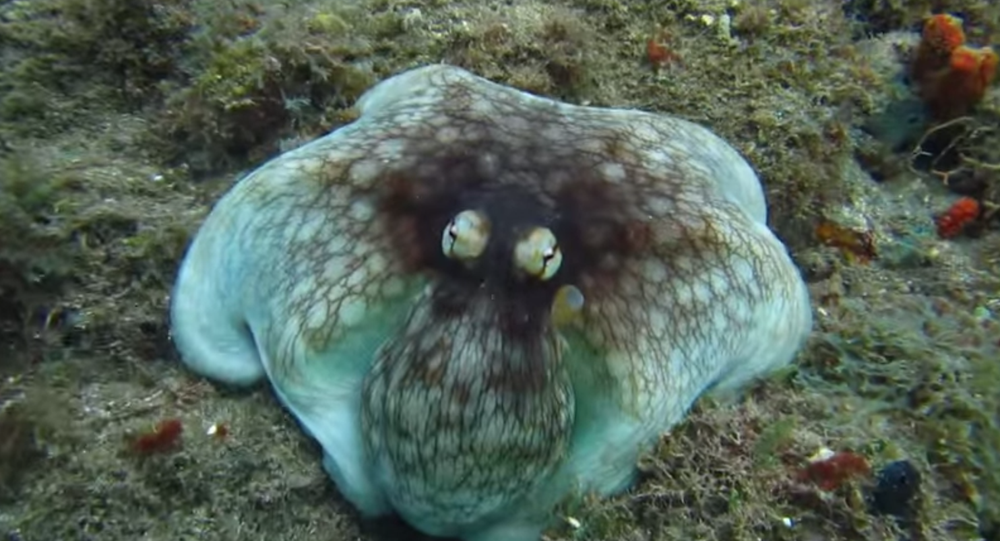 Diver Jonathan Gordon caught the stunning moment an octopus appeared seemingly out of nowhere. "I had literally no idea he was there until I was about a metre away," he writes about the moment this video was taken.

Gordon writes that he was snorkeling in the Caribbean and dove to inspect the shell the octopus was apparently under, when the little guy decided to pop out and say hello, changing his colors rapidly.

Various cephalopods — including cuttlefish — can rapidly and dramatically change the color of their skin to blend in with surroundings.

They have "thousands of color-changing cells called chromatophores just below the surface of the skin," according to the Smithsonian.

"A complex array of nerves and muscles controls whether the sac is expanded or contracted and, when the sac expands, the color is more visible. Besides chromatophores, some cephalopods also have iridophores and leucophores. Iridophores have stacks of reflecting plates that create iridescent greens, blues, silvers and golds, while leucophores mirror back the colors of the environment, making the animal less conspicuous."