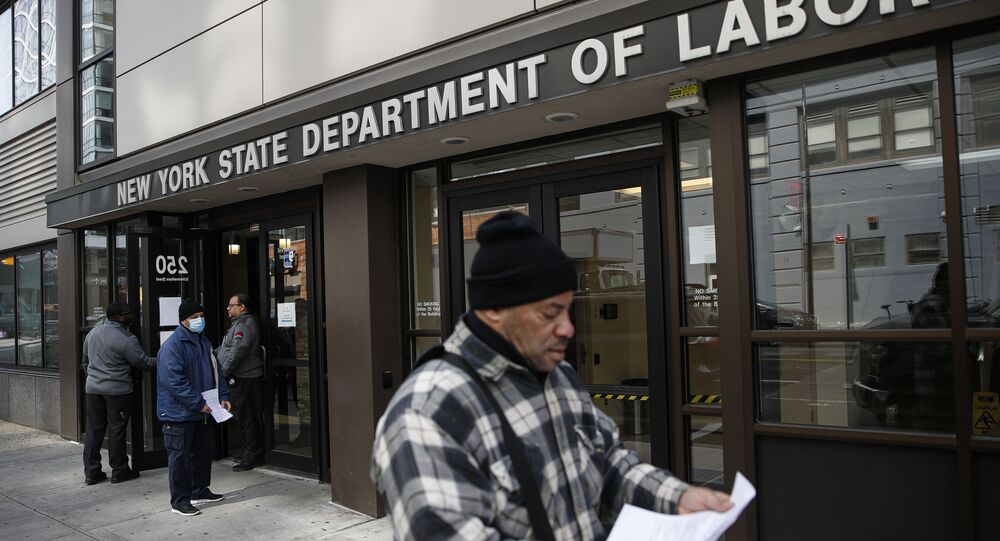 On Thursday, the US Department of Labor announced that weekly unemployment insurance claims had increased by 51,000 from the previous week, hitting a seasonally adjusted 419,000 new claims. The news comes as more than half of US states move to sunset the federal unemployment assistance program and COVID-19 cases rise.

“In the week ending July 17, the advance figure for seasonally adjusted initial claims was 419,000, an increase of 51,000 from the previous week's revised level,” the DoL said in a Thursday release, noting it had also revised the previous week’s total upward by 8,000 claims. The four-week moving average was 385,250 claims per week, it noted, which was a slight increase of 750 from where it had been the week prior.

In addition to new claims, the release also notes that 12,573,833 people who had previously filed a claim filed another claim in the week ending in July 3, meaning long-term unemployment remains a major problem. However, it does note that during the same week in 2020, there were almost 33 million weekly claims.

Data from the DoL’s Bureau of Labor Statistics from June shows that the workforce participation rate has “remained within a narrow range of 61.4 percent to 61.7 percent since June 2020,” and that “the number of persons not in the labor force who currently want a job was 6.4 million,” who aren’t counted as unemployed or even as part of the workforce.

​Together, the data shows that despite claims of an economic recovery, the dire job situation has remained unchanged since last summer, with millions still out of work.

The Thursday report notes that the insured unemployment rate was 2.4%, or 3,236,000 - the lowest it’s been since the end of March 2020, when the first data from mass shutdowns came in. However, this could also be due to several states ending their federal unemployment assistance programs.

“The unexpected bump in claims could be noise in the system, but it’s also not hard to see how the rise of the COVID-19 delta variant could add thousands of layoffs to numbers that already are double what they were pre-Covid,” Robert Frick, a corporate economist at Navy Federal Credit Union, told the Washington Post.

Across the US, 26 states have either terminated all three federal unemployment assistance programs early or outlined plans to do so. Many are the same states where vaccinations are low and officials have expressed their contempt for COVID-19 safety measures, including vaccinations.

The American Rescue Plan, passed in March, injected enough funding into the programs to last until September 6, but many Republican officials believe the programs are deterring unemployed people from seeking work.

“The disappointing jobs report makes it clear that paying people not to work is dampening what should be a stronger jobs market,” Neil Bradley, executive vice president and chief policy officer at the US Chamber of Commerce pro-business lobby, opined in May. “We need a comprehensive approach to dealing with our workforce issues and the very real threat unfilled positions pose to our economic recovery from the pandemic.”

Rep. Kevin McCarthy, who leads Republicans in the US House of Representatives, similarly said on Twitter that by extending unemployment benefits, Democrats “have demonized work so Americans would become dependent on big government.”

Think about what the Democrats have done. They have demonized work so Americans would become dependent on big government.

​Together, state and federal unemployment programs can provide claimants with an average of $618 a week, or roughly the equivalent to $15 an hour at a full-time position, before taxes.

However, as the Washington Post noted, with many businesses continuing to hold their wages at or close to the federal minimum wage of $7.25 per hour and refusing to offer benefits like paid sick leave or vacation time, a movement for a $15 an hour minimum wage having swelled over more than a decade, and service industry jobs like restaurant and grocery stores having borne the brunt of pandemic deaths, many workers likely don’t feel it’s worth their time to put up with so much for so little.

Four US states saw outsized increases in jobless claims last week: Michigan, Kentucky, Texas, and Missouri, the latter two of which have already ended their federal unemployment programs. The states have also seen a major rise in COVID-19 cases in recent weeks, part of a larger nationwide trend that health officials say is being driven by low vaccination rates in what tend to be more rural and conservative states and regions of states.

US Centers for Disease Control and Prevention Director Rochelle Walensky warned last week of a “pandemic of the unvaccinated,” with 97% of new cases occurring in unvaccinated people.

On July 21, the CDC recorded 55,000 new cases nationwide, more than five times what they were a month before. At the same time, 56% of the adult population has at least one dose, while 48% has both doses, signaling that the vaccination rate is leveling off.

"We expect the downward trend in continuing claims will gather momentum as top-off benefits end in all states in early September and other constraints on labor supply including lack of childcare recede," Nancy Vanden Houten, lead US economist at Oxford Economics in New York, told Reuters.

"The latest surge in coronavirus cases may make some individuals more reluctant to return to work, however."