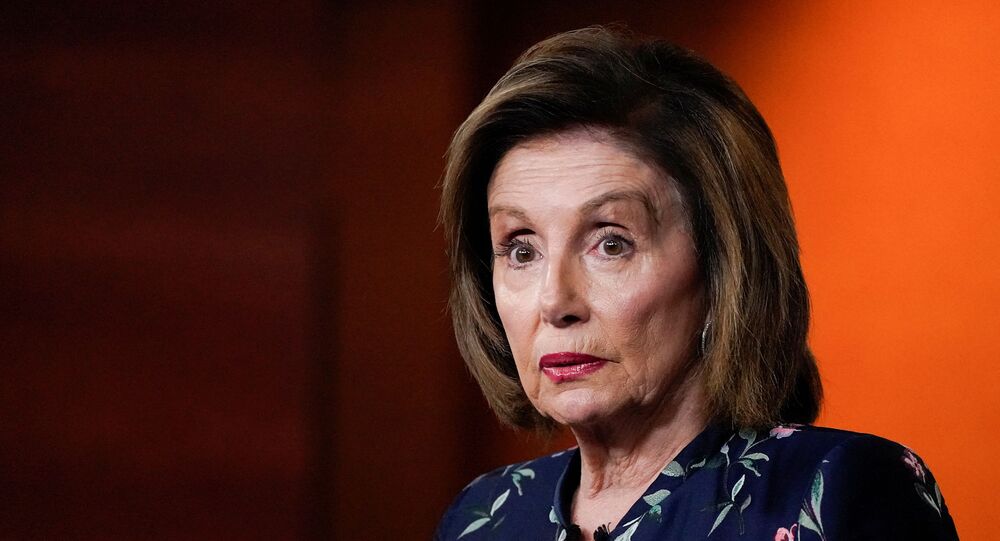 The Hyde amendment, enacted in 1980, prevents federal taxpayers' money from being used to fund abortions unless the mother's life is in danger or the pregnancy is the result of rape or incest. It followed the US Supreme Court's 1973 ruling in the Roe vs. Wade case that overruled individual states' bans on abortion.

US Democrat House of Representatives speaker Nancy Pelosi has claimed her Catholicism as the reason for backing the lifting of a ban on federal funding for abortions.

Pelosi spoke on Thursday in favour of her party's plan to repeal the Hyde Amendment, in force since 1980.

"As a devout Catholic and mother of five in six years, I feel that God blessed my husband and me with our beautiful family — five children in six years almost to the day," Pelosi told reporters.

"But that may not be what we should — and it’s not up to me to dictate that that’s what other people should do, and it’s an issue of fairness and justice for poorer women in our country," the Democrat House leader added.

​Pelosi and her businessman husband Paul's personal wealth was reported to be almost $115 million in 2018. Their five children are named Nancy Corinne, Christine, Jacqueline, Paul, and Alexandra, and they have nine grandchildren.

© AP Photo / Martin Meissner
'This is Talibanism': US News Anchor Hits Out at Texas Republicans Over Abortion Ban
The Hyde amendment, enacted in 1980, prevents federal taxpayers' money from being used to fund abortions unless the mother's life is in danger or the pregnancy is the result of rape or incest. The amendment was passed by the House in 1976, just three years after the US Supreme Court's ruling in the Roe vs. Wade case that overruled individual states' bans on abortion.

In 2019 six states — Alabama, Mississippi, Kentucky, Ohio, Georgia and Louisiana — passed new anti-abortion laws in the hope of challenging the Supreme Court ruling in future. In May, Texas Governor Greg Abbott ratified a state bill banning abortion after six weeks of pregnancy, even in the case of rape or incest.

President Joe Biden, also a Catholic,  reversed his long opposition to repealing the amendment during his 2020 election campaign, drawing fire from the US Conference of Catholic Bishops (USCCB).

"I must point out that our new president has pledged to pursue certain policies that would advance moral evils and threaten human life and dignity, most seriously in the areas of abortion, contraception, marriage, and gender," said the USCCB's president, Los Angeles Archbishop Jose Gomez. "Of deep concern is the liberty of the Church and the freedom of believers to live according to their consciences."

Republican Senate Minority Leader Mitch McConnell said this month that the drive to overturn the amendment was "yet another way in which the administration has sold itself as moderate and unifying" but "is now spiralling way, way to the left."