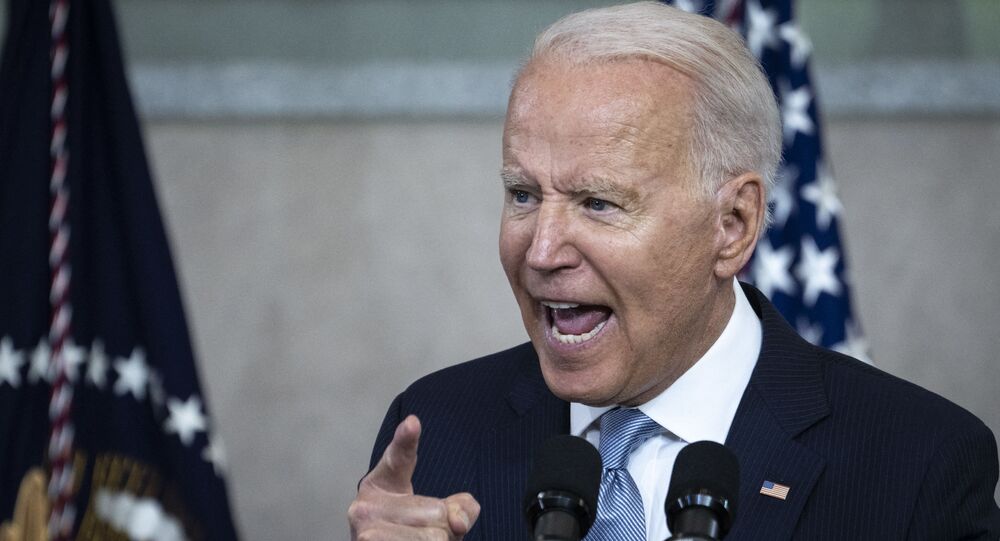 Joe Biden Defends Filibuster, Hopes to Get GOP on Board With Voting Rights Bills

The Republicans earlier used the mechanism of the filibuster to prevent Democrats from unilaterally changing the way the entire country will be voting starting in 2022. They rejected many of the proposals by the Democrats, who accuse the GOP of voter suppression despite the record-high number of votes in the 2020 election.

US President Joe Biden once again defended maintaining the mechanism of the Senate filibuster in the face of criticism against Republicans using it to stop the S1 voting rights bill in its tracks and potentially doing the same with another bill, S4, also related to voting legislation. Asked by CNN host Don Lemon if the filibuster is more important than voting rights, Biden deflected the provocative question, stressing that the failure to pass the For The People Act (a.k.a. S1) in the Senate was not linked to the filibuster, but to Republicans' unwillingness to support the bill.

POTUS argued that while the Democrats' voting rights bill is extremely important, it hardly justifies destroying an important mechanism of the US Senate, which essentially prevents any party from pushing through legislation singlehandedly.

"There's no reason to protect it other than you're going to throw the entire Congress into chaos and nothing will get done. Nothing at all will get done. And there's a lot at stake. The most important one is the right to vote", Biden said.

The president added that he still wants the S1 bill on his desk along with another one called S4. And while he agreed that the filibuster is "abused", Biden insisted that the passage of the two voting rights bills must be achieved through other means – namely by getting GOP Senators on board.

Biden went on to note that even without the voting rights bill and despite the alleged attempts by the Republicans to prevent people from voting, the Americans cast more ballots in 2020 than ever before.

So far only one Republican congresswoman, Senator Lisa Murkowski of Alaska, has agreed to support the bill, while the 50 Democratic senators need at least 10 Republican votes to pass these bills. The remaining GOP senators refuse to pass voting rights reform, arguing that in its current form it illegally infringes on the states' rights and makes American elections more prone to fraud.

The S1 bill specifically infringes on the right of states to implement certain limitations on voting, for example by asking citizens to present their voter IDs, and expands the use of mail-in voting. The S4 or the John Lewis Voting Rights Advancement Act, in turn, seeks to reinstate the requirement for states to obtain federal preclearance before altering their local voting laws and practices, further infringing on the right of states to regulate their own elections.